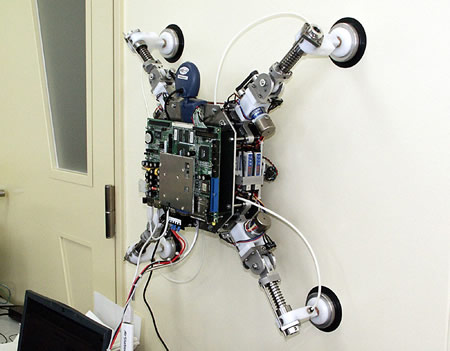 Hideji Nakata professor from Hokaido tech college Japan has developed the wall walking robot. The four legged metal spiderman clings to the wall using a suction pump on each leg. The robot measures 500×500×150mm and weighs 6kg. Though still in development stage very soon the military might use such units for surveillance and even combat.
(Video after the jump)