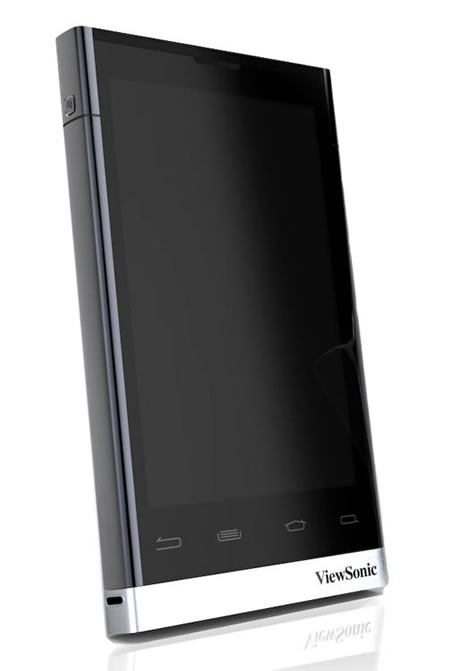 ViewSonic announced its new ViewPad 4 that runs on Google’s Android 2.2 Froyo operating system and doubles as a smartphone. Called a tablet, the ViewPad 4 packs a 4.1-inch WVGA capacitive touchscreen display, a 1Ghz Qualcomm processor, a built-in and 5MP rear- and 3-MP front-facing cameras, and Flash 10.1 web browser. Other features include GPS functionality, Wi-Fi and Bluetooth connectivity, and HDMI 720p display output. The ViewPad 4 is expected to adopt the Gingerbread (Android 2.3 OS) soon after its launch.

While pricing and a launch date for the ViewSonic 4 were not announced at its unveiling at CES2011, a pre-show press event stated that the tablet would be sold for $549.
[MobileBurn And PCWorld]