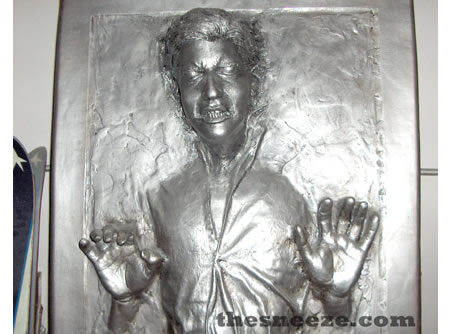 The ultimate Star Wars fan puts himself in Carbonite

How do you secure your nerd-cred for eternity? Get a life size replica of Hans Solo in cabonite, replace Hans face with yours.
Hello, nerds.
Yes, that is me, finally fulfilling a mother’s dream by being encased in Carbonite. It is cold, it is hot, and worst of all, it is being loaded onto Boba Fett’s ship, so stop reading this and help me!
Actually, this is a full-sized replica of the famous “Han Solo” in Carbonite. It is made from fiberglass, and the short story is that a friend who is a special effects guy owned the piece, which was a direct casting off the original prop. He was moving, (aka getting married and yelled at) and asked me if I wanted it. I screamed a huge lispy “Yes!”, and picked it up, but knew I wanted to do something cool with it. So I called my other nerdy special effects pals, and they offered to replace Harrison Ford’s face with mine. I was so tired of hearing this offer in my daily life, but decided to finally consider it, so off it went.
(More pictures after the jump) 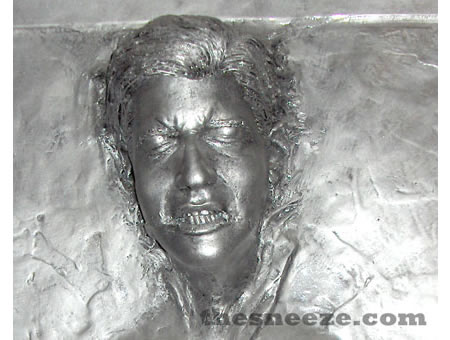 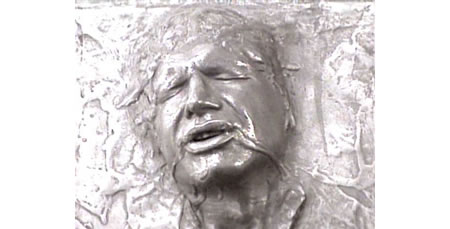