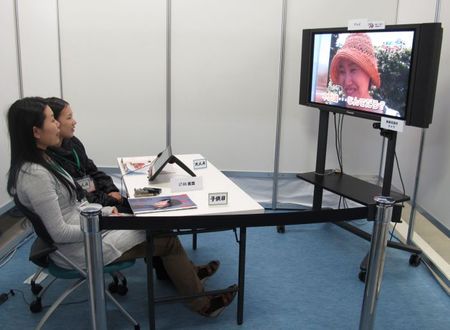 The next best thing since the TV programming guide

Japan based NHK Science & Technology Research Laboratories (STRL) is testing an interface which observes TV viewers, determines their interest and provides information related to the TV program in accordance with the way they are watching it. UTAN (user technology assisted navigation) TV viewing interface as it is called, has a camera mounted on the TV which photographs the viewer and estimates the viewer’s degrees of interest, concentration, etc from circumstances such as who is watching the TV with how much interest. The information is processed by a tablet PC and recommended information is shown to the viewer, it is possible to show individual interests as well in case there are multiple viewers.

The viewer’s interest is determined by observing his face, facial expression and motion. For eg – if the viewer’s expression does not change for a brief period, then he may be concentrating on the program. At the moment the differences are derived by comparing to the normal state but it is also possible to ascertain if the viewer is happy or angry. Though still in the development stage this could actually revolutionize how we watch TV and especially the advertisements. Maybe in the near future television will have a front facing camera and actually identify individual viewers by their faces and serve advertisements and give recommendation accordingly. 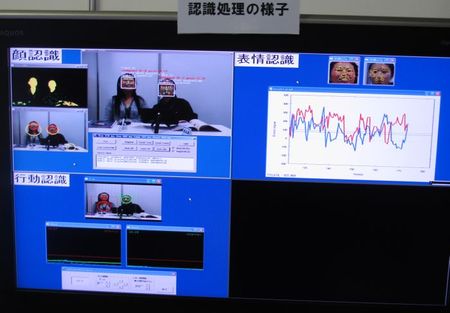