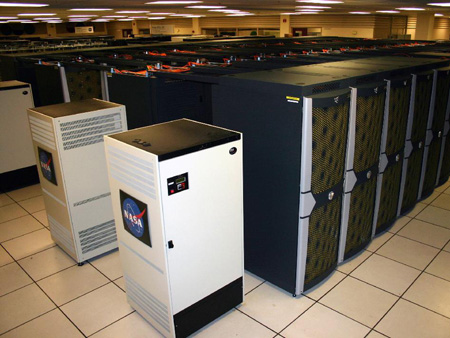 NASA is all set for its newest launch on Monday, this time though, it isn’t a space shuttle. NASA will launch its supercomputing application called NASA Earth Exchange (NEX) which enables study, model and analyze earth science data sets on a larger scale. That’s not all. The app will also work as a social-networking environment in which scientists from all the nooks and corners around the globe can work together.

Running on the 609-teraflops Pleiadies, the NEX is the sixth most powerful supercomputer on earth with a 450-terabyte internal storage cache, a potential 10+ petabyte tape archive and around 160 terabytes of storage space. A supercomputer like this will have those spying space aliens go green with envy!
[Gearlog]