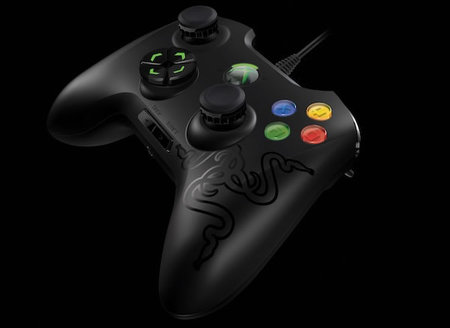 The new Razer Onza Xbox 360 controllers are all about precision

Gamers at CES2011, have much to rejoice about, with Razer announcing its new generation Xbox 360 gaming controllers. The Razer Onza Tournament Edition controllers might look like your average gaming device, and I could get into serious trouble for saying that, but this device is expected to take gaming precision to an all new level. The Onza Xbox 360 controllers are aimed at the hardcore gamers, and it allows them to customise their resistance level with adjustable resistance analog sticks. They can be adjusted loose for quick turning and tight, for precise pointing. Besides that the backlit shoulder buttons allow you to map other controls, while face buttons allow for a response time like a quick mouse click.

When launched, which won’t be for a couple of weeks, the Tournament editions will be priced at $49.99. A standard edition will also be available at $40. Brace yourself, and let the games begin!
[Destructoid]