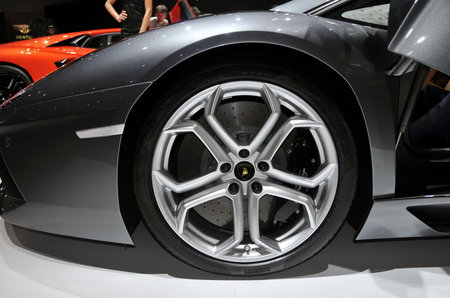 This new revelation, unlike the many other sneak-peaks we’ve had in the past, is finally it! The Murcielago-replacing Lamborghini Aventador LP700-4 has finally unveiled a full series of unobstructed images of their next supercar. As its name suggests, the Aventador will retain the 700 hp rating, along with 509 lb-ft of torque at 5,500 rpms, giving you a zero-to-62 in 2.9 seconds at a top speed of 217 mph. Also verified are the 255/35/R19 front wheels and tires, and the massive 335/30R20 wheels and tires for the rear and a 400x38m six-piston carbon ceramic brakes in the front, and 380x38mm carbon ceramic brakes in the rear. Yes, there are some new exterior colors: Metallic Grigio Estoque (a type of dark gray), a pearl Arancio Argos orange and three matte shades will be on offer. It comes with all the works including electronic control goodies such as ABS, EBD, ASR, ESC, a hill holder function, an electronically controlled rear spoiler, an integrated command with three different driving modes that integrate the gearbox, push to Start/Stop button, keyless ignition, full TFT displays in the cockpit, on-board computer, multimedia system with seven-inch display, iPod and USB interface, navigation, Bluetooth, bi-xenon headlights with washer, LED daytime running lights, automatic air conditioning with solar sensor… and the list just goes on. The entire car is said to be made of carbon fiber, making it 70 per cent stiffer and 500 lbs lighter than the Murcielago.

Initially rumored to be called Jota, that has thankfully changed and the “Aventador” name will be used for production. The car will make its debut at the 2011 Geneva Motor Show. 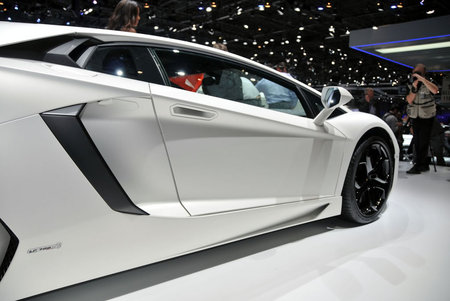 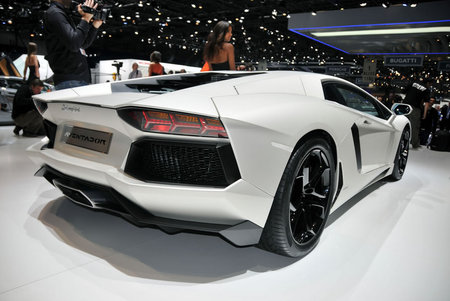 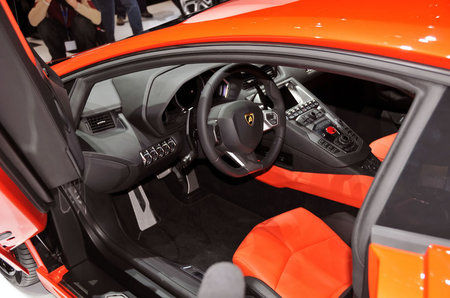