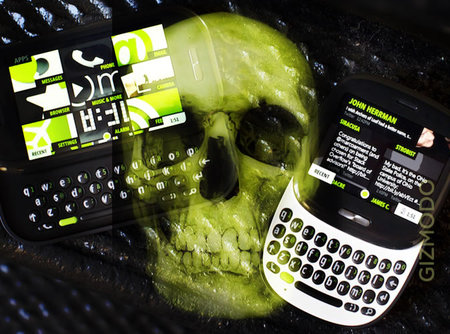 The Kin line has ended, Microsoft scraps the range 6 weeks after launch

The Microsoft Kin was supposed to be something of a prelude to Windows Mobile 7 for the avid and youthful social networker and it seems that just six short weeks after the launch, the Kins are to be no more. This is the end of the line, very literally as it’s been reported that the Kin range has been dropped. Some are saying that the handsets didn’t fare too well with staggeringly low sales figures, but that’s not the official word. It’s also been said the pricing was an issue as Verizon positioned it with smartphone-like pricing. Microsoft’s official statement simply stated that their Kin team would be integrated into their Windows Mobile 7 team and that they were not going to ship the KIN range in Europe. But they also said this – ‘We will continue to work with Verizon in the U.S. to sell current KIN phones’. Rest in Piece Kins.
[Gizmodo]