The iPod Touch is coming home to Mama

Like a kid in a candy store or the first drops of rain on parched ground. The news on the iPod Touch makes us geeks feel akin to these phenomena. When the specs were out, I could hardly contain my excitement, so forgive me if I sound over enthusiastic, and indulge me just this once. As the name suggests, it’s a sporting a touchscreen interface with a customizable dock. It has quite a few goodies packed in, Wi-Fi, with Safari, YouTube and the iTunes Wi-Fi Music Store built-in. if you really want me to cook up a grouse then I guess we can finger the fact that it’s not hard-drive based, just flash. It sports an 8-mm-thick hardware design. Apparently Steve Jobs’ Safari and YouTube demo were jiffy on the new Touch, with the videos streaming in real time. iPod Touch boasts of 22 hours of battery playing music, 5 hours of video. It will be out in two sizes 8GB and 16GB for $299 and $399 respectively.
(Walk through video, loads of pictures after the jump and full press release after the jump)

For those who missed the other story, do you know what else you can pick up for $399? Yup, it’s the 8GB iPhone! Wicked! 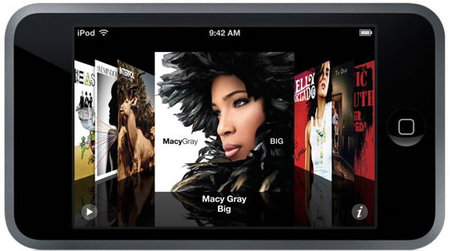 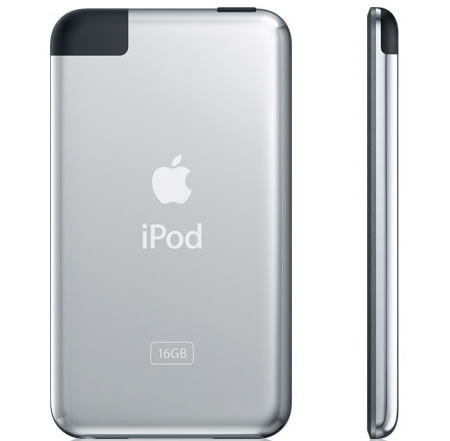 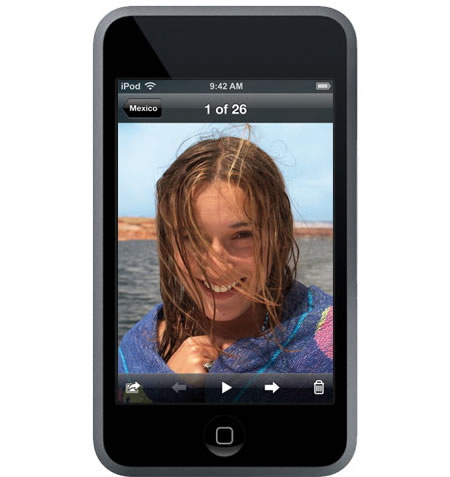 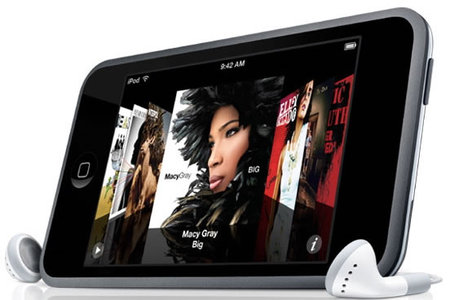 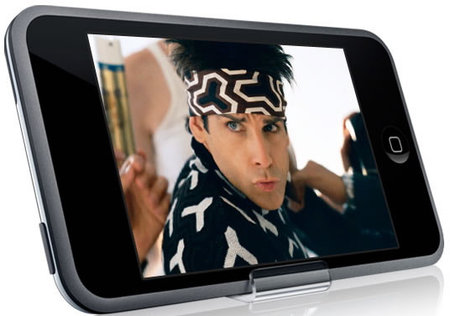 Apple Unveils iPod touch
Revolutionary Multi-touch Interface & Built-in Wi-Fi Wireless Networking
SAN FRANCISCO–September 5, 2007–Apple® today introduced the new iPod® touch featuring Apple’s revolutionary multi-touch user interface that enables users to find and enjoy all of their music, videos and more on its gorgeous widescreen display with just the touch of a finger. First introduced on iPhone™, the multi-touch interface uses pioneering new software to present the perfect user interface for each application. The iPod touch also includes Wi-Fi wireless networking, the first on any iPod, and three amazing applications that use it–Safari™, the most advanced browser on any mobile device, lets users wirelessly view web pages just as they look on their computer, and features Google Search or Yahoo! oneSearch; Apple’s YouTube application lets users wirelessly watch over 10 million free videos from the Internet’s most popular video website; and the new iTunes® Wi-Fi Music Store lets users wirelessly browse, preview and buy songs and albums from the most popular online music store in the world. The iPod touch is an unbelievable 8 mm thin, and is priced starting at just $299.
“The iPod touch is a landmark iPod, ushering in a whole new generation of features based on its revolutionary multi-touch interface and built-in Wi-Fi wireless networking,” said Steve Jobs, Apple’s CEO. “People are going to be amazed at how thin it is and how much it does.”
With its gorgeous 3.5-inch widescreen display, iPod touch is perfect for watching movies and TV shows, as well as viewing photos and album art. iPod touch has a built-in accelerometer that automatically senses when you rotate it into its landscape position. When you’re in music, it automatically switches to Cover Flow™ so you can browse your music collection by album cover artwork with just a flick of a finger. When in Photos, it automatically displays the photo in its landscape aspect ratio; and when in Safari it displays the web page horizontally. iPod touch also has a built-in ambient light sensor that automatically adjusts the display’s brightness. iPod touch features up to 22 hours of audio playback and up to five hours of video playback.
The iTunes Wi-Fi Music Store lets you browse the iTunes Top Ten lists of songs and albums overall or by genre, check out new releases and “What’s Hot,” or search for your favorite songs, albums or artists. You can preview any song for free, then purchase and download the ones you like directly onto your iPod touch over Wi-Fi. The music you download will be automatically uploaded into your iTunes library the next time you sync your iPod touch with your computer.
With Safari, the most advanced web browser ever on a portable device, you can see web pages the way they were meant to be seen, with the ability to zoom into any webpage with a tap of your finger. The Safari web browser includes built-in Google Search and Yahoo! oneSearch so you can quickly and easily find information you need. iPod touch also includes Apple’s incredible YouTube application that allows you to access, browse and search for millions of free YouTube videos over Wi-Fi.
Apple today also announced an exclusive agreement with Starbucks that allows you to access the iTunes Wi-Fi Music Store for free in participating US Starbucks stores starting next month. When you enter a participating Starbucks location, your iPod touch, iPhone, or PC or Mac® running iTunes will automatically recognize the iTunes Wi-Fi Music Store. You can see what song is currently playing or has recently played in the store, and immediately preview, buy and download it over Wi-Fi.
The iPod is the world’s most popular family of digital music players with over 100 million sold. Today, Apple released its most exciting iPod lineup ever with the iPod shuffle in five new colors; iPod classic holding up to 40,000 songs; the incredible all new iPod nano with video playback; and the breakthrough iPod touch with a revolutionary multi-touch user interface. iPod owners can choose from a vast ecosystem of accessories with over 4,000 products made specifically for the iPod including cases, fitness accessories, speaker systems and iPod connectivity in over 70 percent of US automobiles.
Pricing & Availability The new iPod touch is scheduled to be available later this month. The 8GB iPod touch model is $299 (US) and the 16GB iPod model is $399 (US). iPod touch requires a Mac with a USB 2.0 port, Mac OS® X 10.4.10 or later and iTunes 7.4; or a Windows PC with a USB 2.0 port and Windows Vista or Windows XP Home or Professional (Service Pack 2) or later and iTunes 7.4. Internet access is required and a broadband connection is recommended, fees may apply. The iTunes Store is not available in all countries.
* Battery life and number of charge cycles vary by use and settings. See www.apple.com/batteries for more information. Music capacity is based on four minutes per song and 128-Kbps AAC encoding; photo capacity is based on iPod-viewable photos transferred from iTunes; and video capacity is based on H.264 1.5-Mbps video at 640-by-480 resolution.
Apple ignited the personal computer revolution in the 1970s with the Apple II and reinvented the personal computer in the 1980s with the Macintosh. Today, Apple continues to lead the industry in innovation with its award-winning computers, OS X operating system and iLife and professional applications. Apple is also spearheading the digital media revolution with its iPod portable music and video players and iTunes online store, and has entered the mobile phone market this year with its revolutionary iPhone
Source