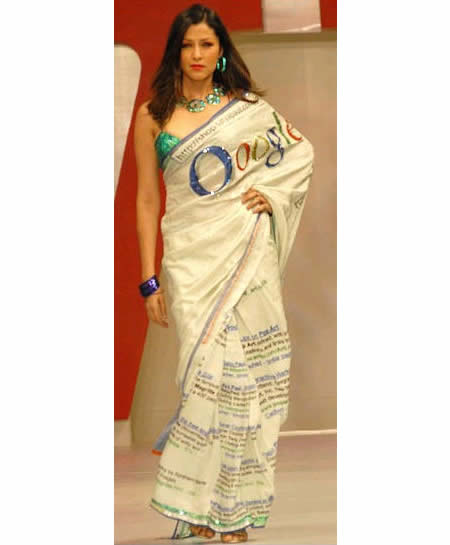 Fashion designers always go the extra mile to express their creativity be it New York, Paris or Bombay. Satya Paul a leading fashion designer showed a Saree with Google on it in one of his recent shows. Sari is a traditional garment worn by females in India. According to Wikipedia –
A sari or saree is a strip of unstitched cloth, ranging from four to nine metres in length that is draped over the body in various styles. The most common style is for the sari to be wrapped around the waist, with one end then draped over the shoulder baring the midriff.
I am glad he avoided a lawsuit by not making an iPhone Sari.
(Thanks Baba)