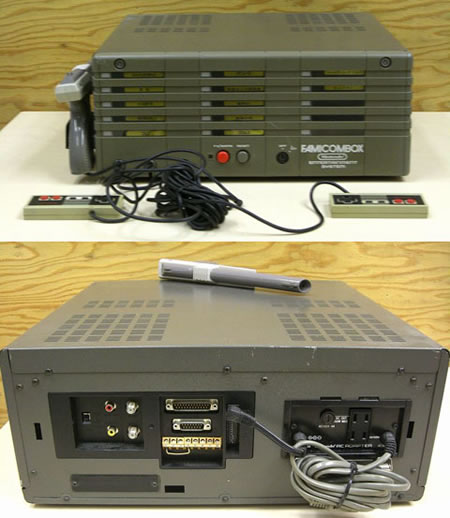 Except for diehard Nintendo fans many would not be aware of the Famicombox. For those who dont know the Famicombox is a unique system which was sold only in Japan and certain parts of Asia. The integrated console has 15 inbuilt games like Duckhunt, Megaman, Super Mario bros etc. It was used in hotels and in certain arcade machines. It came complete with two controllers and the gun. So in case you want to add this to your collection or want to get lost in 8bit nostalgia then bid for the Famicombox on Yahoo auctions Japan starting at $110.
(Video after the jump)