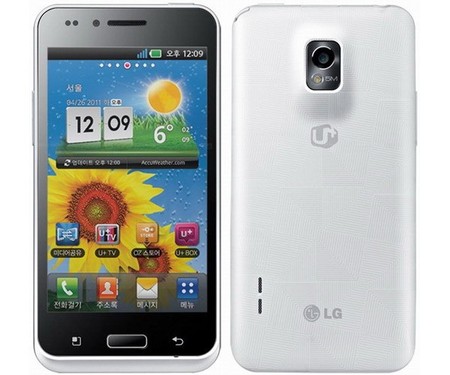 White is definitely the color of the tech-season. Set for its big launch tomorrow is the the LG Optimus Big! This 4.3-inch whopper, LG’s largest handset to date, touts a 1GHz dual-core processor, an Android 2.2 as its OS, HDMI output, a 5 MP camera, and 16GB of built-in storage. There’s also the NOVA display (like its still unreleased Optimus Black brother), which can crank all the way up to 700 nits of brightness, and Wifi Direct, which allows for wireless inter-device communication without the need for an intermediary Wifi access point.

It was initially touted to release in its home market on April 28th, but unfortunately that’s not the case and there is no word on when and where it might show up. So, just keep an eye out, which shouldn’t be too tough.
[Engadget]