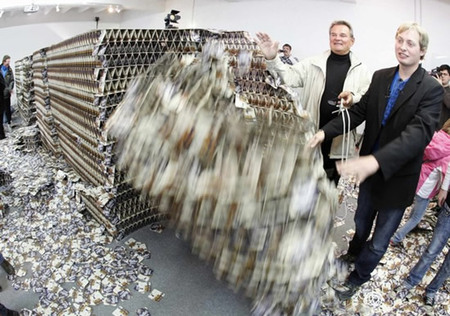 Probably inspired by the candy-house from Hansel and Gretel, 21-year-old Sven Goebel decided to build a house, out of beer coasters. Maybe you can’t lick the walls of this house; though the effort put into it is remarkably true and not just a German fairy tale. This five room flat that Goebel has been building since January was finally shown off on April 11th partially furnished with a fireplace, arm chairs and a table using around 300,000 beer coasters.

Spending 6-8 hours everyday by adding 1,000 coasters on a daily bases to build, the house was a work of art, until the young German kicked and flicked his wrist on Sunday to send his own masterpiece plummeting down to the ground on Sunday. Maybe, he should try using bricks instead the next time, just incase he decides to kick again. 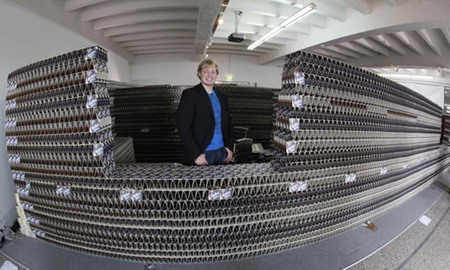 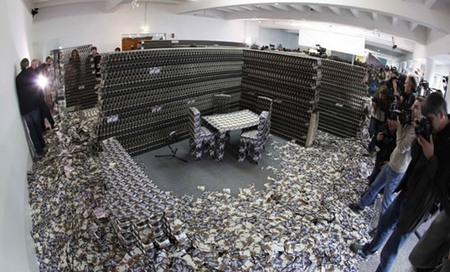