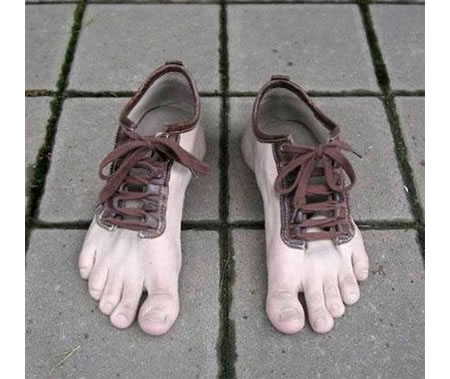 I know we are a tad bit early since next Halloween will come in 2008, but these creepy Bare Foot shoes are hard not to write about. I guess they will make an excellent attraction at the Haunted House or maybe someone can parade in them at the next big horror movie release, but I still can’t fathom who would want to be caught seen in them!

Not me, at least, I’d rather be dead.
Source