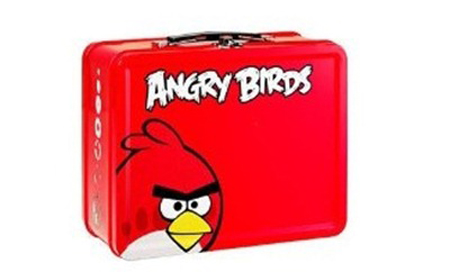 The Angry Birds now carry your meals around

So you’re done showing off the pansy slippers, bed sheets, handbag and pillow cases, all themed around Angry Birds. Now, it’s time to update your loyalty with the new lunch box that’s themed around Rovio’s star franchise. It’s as red as you would like it as an Angry Birds fan and as light-hearted in design as the same. Just make sure you are a woman or a really young boy on the user end of the box. You do not want the entire office cafeteria roll down, clutching their sides.

$25 is what the Angry Birds lunch set will set you back.
Internet Siao