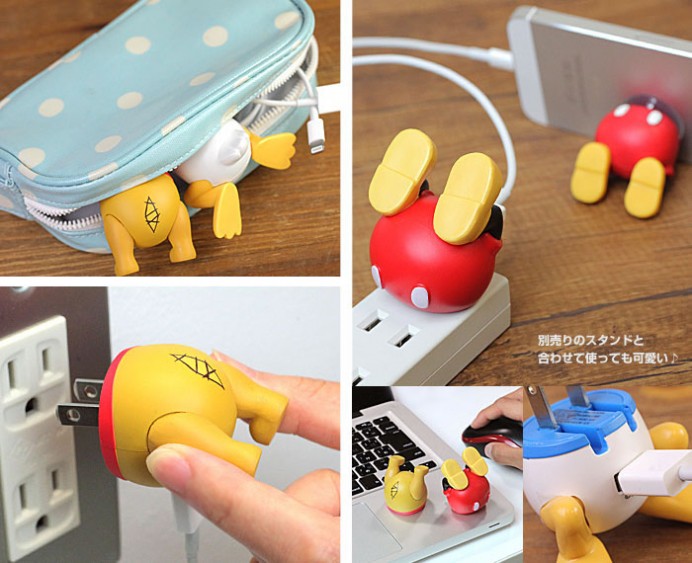 Remember that time in life when we would stare at butts merely out of curiosity? They would be no double-meaning jokes or sexually-inclined comments rolling out of our mouths back then. Looks like the guys who designed the Tsu Puritsu still haven’t gotten out of the curiosity inspired by the butts of Minnie Mouse, Daisy Mouse, Cheshire Cat and Chip & Dale. We seriously hope there’s nothing but innocence here, citing that two butts we see here belong to Disney’s most famous and classic characters. Jokes apart, these USB chargers look curiously funny when plugged it. It does get aesthetically awkward when you plug your USB cable in, but then again, innocence, right?

The single pieces cost 1,944 Yen ($16) while the Chip & Dale duo could set you back 2592 Yen ($21). Just make note that when they are not plugged in, the chargers look like decapitated Disney figurines, which may lead to traumatic interpretations by youngsters. 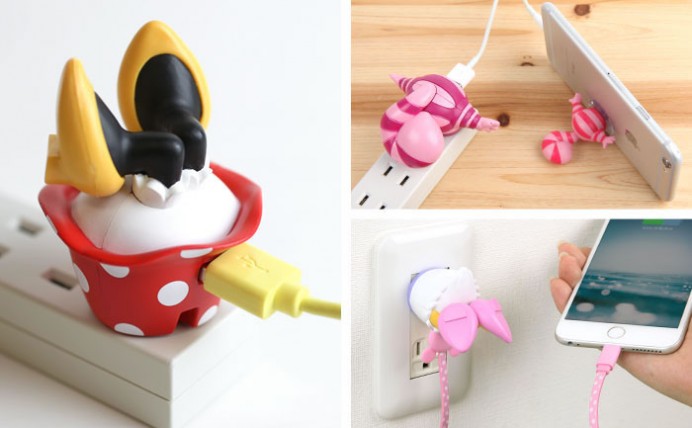