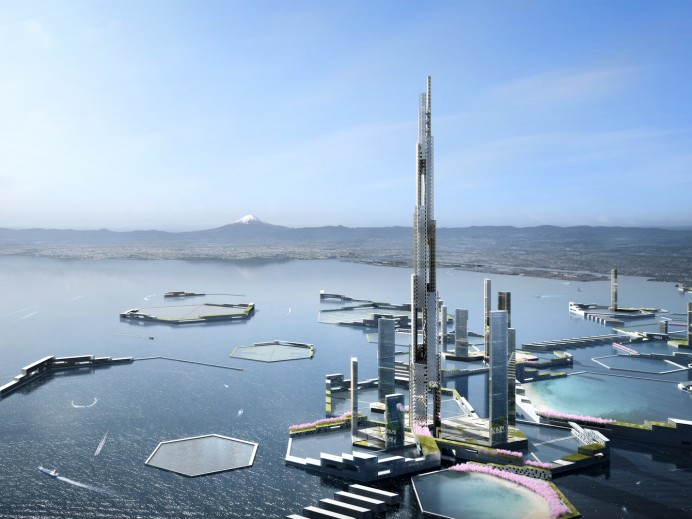 The Tokyo of 2045 will brave climate change, feature a mile-high tower

The future is bleak when it comes to the condition of the cities of the world, thanks to the historic abuse we have put nature through. With rising water levels, climate change seems to be the biggest threat to the cities of the world, which contain a large portion of the world population. This is what has inspired Japanese officials to commission architects to reimagine and redesign the future of Tokyo. Called ‘Next Tokyo’, this incredible endeavor will see professionals create a mega future city that will brave typhoons and earthquakes. Water treatment will be taken care of by beautifully designed hexagonal structures that will reduce the effect of waves and also simplify movement for ships across the bay.

Another marvel that this futuristic city could see is the Sky Mile Tower. The structure would soar 5,577 feet making it twice the height of the Burj Khalifa and would house 55,000 people. The building is said to host everything from shopping centers to restaurants that will be shared by inhabitants.