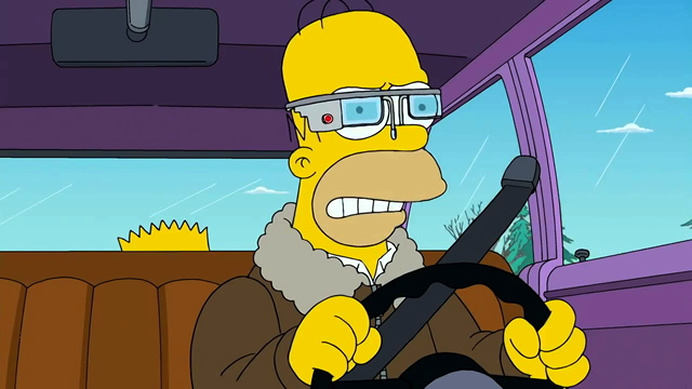 We all are pretty well aware that ‘The Simpsons’ is capable of churning out some of the best social satires that leave a long lasting impression. The Sunday’s episode was one such brilliant instance where the show took on the Google Glass and its ilk and gave us a hilarious yet amazingly hilarious insight of the implications this technology will have on our lives. The episode named ‘Specs and the city’ aired in the US on Sunday in which Springfield embraces the wearable technology and looks at it from variety of angles which finally ends by giving bittersweet results.

At the start of the episode, Mr. Burns gives his employees a pair of ‘Oogle Goggles’ for their annual gift instead of a Hound-A-Day Calendar or a stress ball. The augmented reality eyewear is gifted by Mr. Burns to keep a tab of office theft and immediately Springfield takes on to the Oogle Goggles. At one point of the episode, Homer say: “I’m watching videos of idiots wearing these glasses and not paying attention to the world around them.” Creator of the series, Matt Groening makes fun of the whole situation in its very original and sarcastic way.