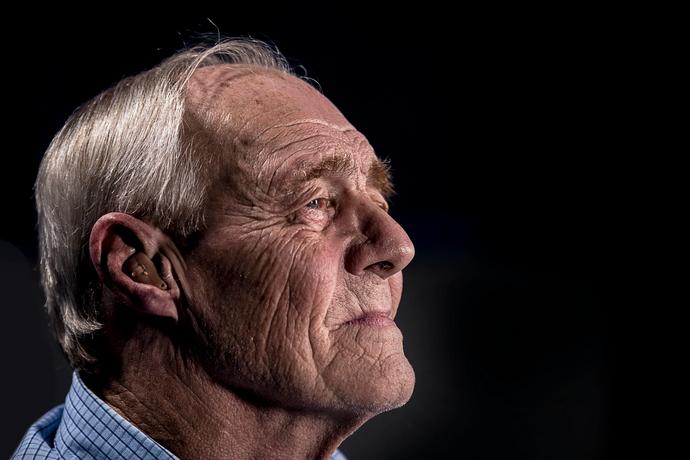 Hearing loss is a very common problem among the elderly today. In fact, roughly a third of all adults aged 65-74 suffer from it, and around half of all people aged over 75 years old have difficulty hearing. Finding that the quality of your hearing is diminishing as you grow older can be tough to deal with. Fortunately, though, technological advancements in the last decade mean hearing aid technology is now better than ever. Here are 8 ways hearing aids have evolved over the last several years.

Improved Sound Quality
Naturally, one of the most important things hearing aids must deliver on is the quality of the sound they produce. This is an area where hearing aids have improved dramatically over the last 5 years.

As the technology behind hearing aids has matured, left and right hearing aids are now able to interact with each other to produce the overall sound input. As a result, the sound produced from modern hearing aids is both more natural and has better clarity. In addition, not only are they now able to pick up softer, quieter sounds, but the feedback effect in louder environments has been significantly reduced. For those suffering from tinnitus, many modern hearing aids also come with tinnitus masking, preventing it from reducing your sound quality.

Reduced Distortion Effects
A common issue that arises with older models of hearing aid is what is known as the occlusion effect. This refers to the distorted, feedback effect created when hearing aid users hear themselves speak. If you have ever suffered from earwax build-up that results in hearing loss, you may recognize this effect. Fortunately, the improved design aspects of hearing aids mean this is no longer an issue. Sleeker, more sophisticated modern hearing aids have a so-called open-fit design, meaning they do not plug up the ear canal when wearing them.

This isn’t the only distortion that has been removed from modern hearing aids, either. Specifically, a whistling, squealing noise, particularly at higher volumes, was a major issue with older, analog hearing aids. Digital hearing aids, comparatively, have much better control over the sound signal, meaning this annoying problem is a thing of the past.

Smarter Technology
One of the most exciting and futuristic additions to the best hearing aids has to be artificial intelligence technology. This refers to the ability of technology to continuously learn and improve its performance based on the data it receives from daily usage. This has a major effect on the experience of using a hearing aid since it enables them to optimize its amplification based on the specific needs of the user.

Better Performance in Noisy Environments
Another common problem with older hearing aids is their utility in noisier places. All hearing aids are designed to amplify speech, and less modern models amplified all speech equally. This would mean that, in noisier environments, all sound input would be boosted, meaning that they would not be able to distinguish between the sound of someone speaking to you and additional background noise.

While this issue has not been solved entirely, significant progress has been made in this respect through the development of directional microphone systems. Directional microphones within hearing aids are designed to amplify sound from specific angles more so than others. These systems are becoming continuously more sophisticated and can now even be turned to the left or the right to recreate natural hearing more accurately than ever.

The development of digital hearing aids has gone a long way to rectify this issue. Modern hearing aids can analyze the volume of sounds so that they can accurately amplify it to the user’s needs. They therefore have a much better ease-of-use today, given that they can simply be fitted in the ear and are good to go. Modern hearing aids can also automatically interpret whether your environment is quiet or loud and make subtle adjustments based on this to optimize your experience.

The Introduction of Wireless Connectivity
Perhaps the single largest technological change that is present in modern hearing aids is the addition of wireless connectivity. This means that hearing aids can be directly connected to your mobile phone, smart TV, or other technological device, via Bluetooth technology.

This allows you to focus on the specific sound emitting from the device, without interference from other background noise. Many hearing aid producers now also offer corresponding smartphone apps, which enable you to remotely control the volume of your hearing aid or find them if they’ve been misplaced.

More Comfortable Designs
Another recent breakthrough in hearing aid design is their much-improved comfort and size. Traditional hearing aid designs were somewhat unpopular due to their clunky over-ear aesthetic and their “one size fits all” approach, which made them highly uncomfortable for some users.

Fortunately, both of these problems have been massively improved by modern technology. First, the improved efficiency of hearing aid technology means models are now much smaller. As such, not only are in-ear models readily available, but even over-ear designs are sleeker and much less noticeable. The progression of 3D printing technology has also made them much more comfortable. This is because manufacturers are now able to produce hearing aids to fit each user’s specific ear canal.

Improved Convenience
Other minor technological improvements with hearing aids have gone a long way to make them less of a hassle to use. A good example of this is that it is now standard for them to be rechargeable. In comparison, older models of hearing aid would require regular battery replacements. This would mean that they were not only more costly to use, but that they were also at risk of dying at inconvenient times. Additional improvements also include sturdier and waterproof designs, which make them much less at risk of damage.