The Driving Force Behind the Gaming Industry

The days of pixelated screens and limited sounds are a distant memory as video games have evolved to become more lifelike than ever. As technology improves, so do video games and the consoles they’re played on. Game creation has become increasingly complex as the consumer has become more discerning. As a result, the cost of creating a video game has gone up. But how does this affect the gaming industry?

The video game sector is massive, it is larger than the film, movie, and music industry combined and growing year on year. This is not immediately apparent because it doesn’t get the same attention as the fashionable movie and music scene. Still, there are over two billion gamers and potential gaming consumers worldwide. To put that in perspective that’s 27% of the world’s entire population.

So in answer to the question of ‘what is the driving force behind the gaming industry’, the answer is obvious – gamers, or rather the consumers of gaming products and services. The answer to ‘what is the future of gaming’ is more complicated.

Predictions for the Gaming Industry
Analysts predict that by 2022, the gaming industry will generate more than $196 billion in revenue. As such, tech giants are looking to get a piece of the action. Giants such as Google, Apple, and Facebook have entered the video game industry in one way or another.

It’s through streaming that these tech companies see a pathway to new revenue streams. Facebook, Apple, and Google are looking for ways to make video game streaming as natural as streaming a song on Apple Music or watching a movie on Netflix.

Amazon Prime Video and Sky’s Now TV are not far behind. Microsoft already has a place in the gaming industry through its sell out Xbox console and recently launched Project xCloud 2020, which is a video game streaming service that allows users to stream Microsoft’s games to all devices in your home.

Facebook and Google
Back In 2016, Facebook developed a gaming platform with Unity Technologies, which is a game development framework that allows people to make video games. This might seem altruistic until you discover that Facebook can keep the rights to any game made on the platform.

The goal is to allow players to stream games straight onto the mobile phone, without the need of a computer or a video game console, hoping that, eventually, the expensive and energy-draining gaming laptop and PC will be a thing of the past.

Bypassing the physical video game is becoming a bit of a trend in the gaming industry. The new Xbox and PS5 are actively discouraging people from playing the manual games, and unsurprisingly, eventually there will be no backward compatibility. The days of video game cartridges and discs appear to be numbered. 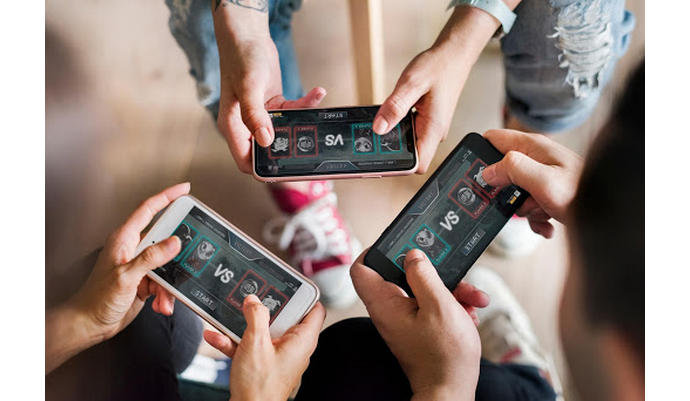 Subscription Streaming Services are the Future
Like most industries, the gaming sector is looking for a way to streamline and maximize profits. Video game companies, like Electronic Arts and Ubisoft, will benefit from the phasing out of physical video games because they’d be able to save money on shipping and storage costs, as they’d no longer be a factor.

Instead, they’ll adopt subscription services. Subscription services will ensure that revenue is generated all year round – unlike traditional games which were typically only bought during the holiday season and other celebration events, like birthdays and graduation, to name but a few.

Technical Innovation Pushing the Industry Forward
Introducing Oculus VR, a subsidiary of Facebook, which is working hard on improving the quality of the virtual reality headsets it has already released. Facebook purchased Oculus VR in 2014, but for one reason or another, the technology has been left on the back burner. A bit short-sighted on Facebook’s part. Recently things have changed, and Oculus Quest all-in-one 2 is Facebook’s mid-range offering of the product, which is sold for $399 with an update to all models ready for release in 2021.

Video game technology has surpassed many other forms of entertainment as far as immersion goes, and virtual reality will add context and layer. Expect further experimentation with control features, such as adding touch screens, voices, and gestures to the mechanics.

Merchandising Extends the Revenue Stream
Like the film industry, the video game scene needs to maximize revenue off of its intellectual property to fund production in the first place. Merchandising has been around for years – think of t-shirts, hats, posters, mugs, and more. For example, the Microsoft Halo series on Xbox has spread to other forms through graphic novels, comic books, the best-selling television series, and a movie, increasing the spending and publicity.

Merchandising like this is the approach for all successful video game series to follow. As anyone in business knows, many revenue streams and prolific diversification, along with an eye on future technology is the only safe path to guaranteeing the future.