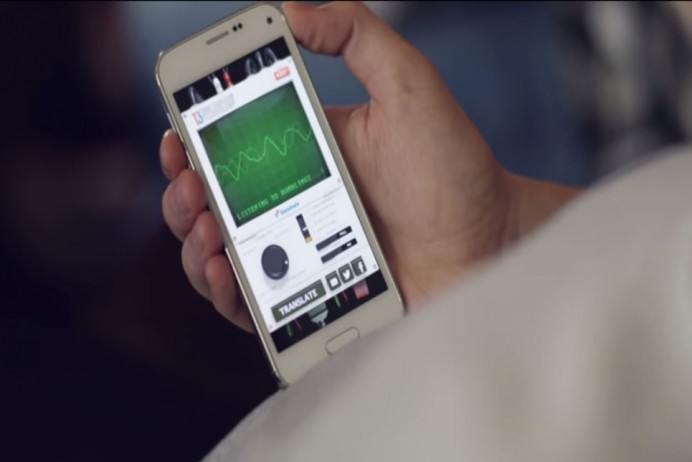 Ever had that feeling where your tummy doesn’t stop rumbling but you simply can’t decide what to eat next? well, there’s now an app that’ll help you understand what your tummy is grunting about and will automatically come up with a pizza order to match your hunger! Called the Tummy Translator, this app literally does what its name claims it to be, quickly deciphering the grunts of your belly to translate it all into a pizza order. The app was launched by Domino’s Pizza UK with help from an agency called Iris that used a (fake) 60s technology.

The concept is pretty darned clever and it also addresses the fact that there’s too much to choose from in the pizza world today and an application that suggests pizza orders simply makes life easier. To get the app to function, a user first needs to select food preferences and the level of hunger. The user then needs to hold the smartphone to his/her stomach while the app “listens” to one’s belly rumbles before suggesting a Domino’s order! “On average, 62% of our orders come in through online, and 50% of those are mobile orders. The Tummy Translator is a way of us engaging with those users in a fun, unique and entertaining way,” states Rupal Patel, Digital Campaign Manager at Domino’s. 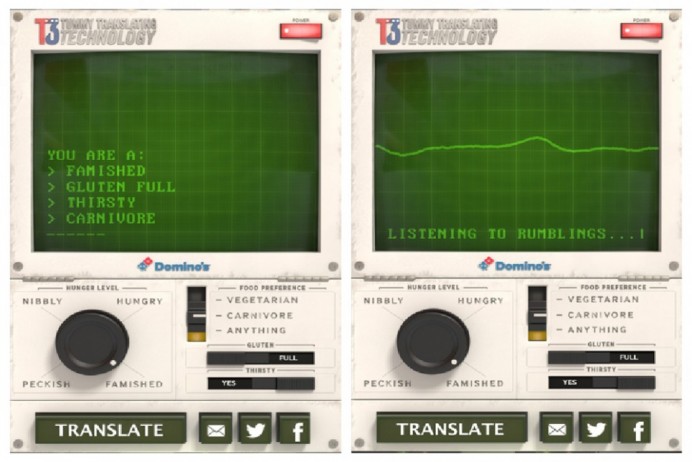