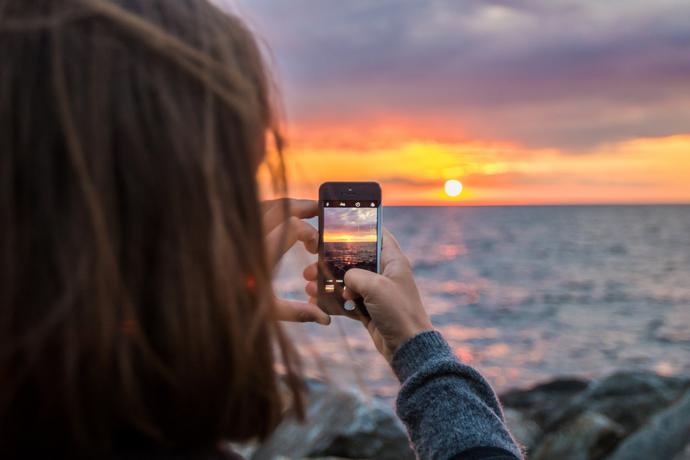 The Best Camera Phones on the Market

The Kyocera VP 210 was a magnificent phone. This phone, launched in 1995, looked the same as any other released in the 90s. One of the reasons that makes the VP 210 so special is that it is allegedly the first camera phone ever invented. Because the VP 210 has a 0.11 MP camera, it can only take up to 20 pictures before it runs out of storage.

Since then, practically every phone nowadays comes equipped with a camera. Today’s high-end smartphones, such as the iPhone 12 and the Galaxy S20, even incorporate cameras comparable to those on DSLRs.

Among the many great options in the market, which manufacturer offers the best camera phone?

The 12 Pro boasts 5G speeds, an A14 Bionic chip, and a durable ceramic shield. Apple’s iPhone 12 Pro is said to have a pro-style camera system with various modes and abilities.

Comparable to a DSLR’s RAW setting, the iPhone 12 Pro camera also has a ProRAW setting. According to Apple, you are given a great amount of creative control with ProRaw when editing them with the Photos app or third-party software. These files end up being significantly larger than standard photos, so they may fill up your phone quickly.

Night Mode is one of the biggest highlights of the phone’s camera. Night Mode allows capture of vivid colors and fine details, no matter how dark the scene is.

For a sleek device that fits in your back pocket, the iPhone 12 may not be a DSLR, but it’s the next best thing to it.

Check this out: iPhone 12 Series Review

Despite the fact that the iPhone 12 doesn’t have the same features as the iPhone 12 Pro, it still has a fantastic camera. The price tag is lower as well.

Even though they differ from one another, all of these phones have an outstanding camera and artistic lens.

The Samsung Galaxy s20 Ultra 5G is another flagship phone with a camera worth mentioning.

Released in March 2020, this phone has been one of the most popular of 2020. Samsung.com as well as several third-party websites are often selling out of their inventories. Out of all the Samsung phones, the Galaxy S20 Ultra 5G is one of the most impressive.

According to Samsung, the Samsung Galaxy s20 Ultra 5G is “the phone that will change photography.” Its 108 megapixel camera and 100X Space Zoom provides high-resolution images and 8K video that was previously unimaginable.

It’s important to keep in mind that only being one of the best doesn’t mean it’s perfect. Performance is significantly better than the s20 and s20 Plus, but there have been issues mentioned about poor battery life and 8K limitations.

No matter how you look at it, it is thought to be one of the best 5G cameras ever released.

Google Pixel 5, released in October 2019, is a nice and straightforward point-and-shoot camera phone.

Because of its Snapdragon 765G processor, the Google Pixel 5’s camera performs lag-free, even though it is not as up-to-date as other flagship phones. Wireless charging and water-resistance are an added bonus.

Despite the fact that it is not the best smartphone in the bunch, the Huawei Mate 40 Pro still stands out because of its camera system.

Even though it has limited apps because it does not have access to Google Play, it has many photography modes to take pictures, for example, a moon mode.

A perfect camera phone does not exist on the market, but there is a phone that meets everyone’s needs. All of these cameras are excellent for travel photographers or selfie enthusiasts.

Obviously, a broken camera phone is the worst type to own. If your smartphone has a broken camera, send it to a tech repair store and have it back in pristine condition within a few days.

If you don’t own one already, you can buy a camera phone for an affordable price at a trade-in company.