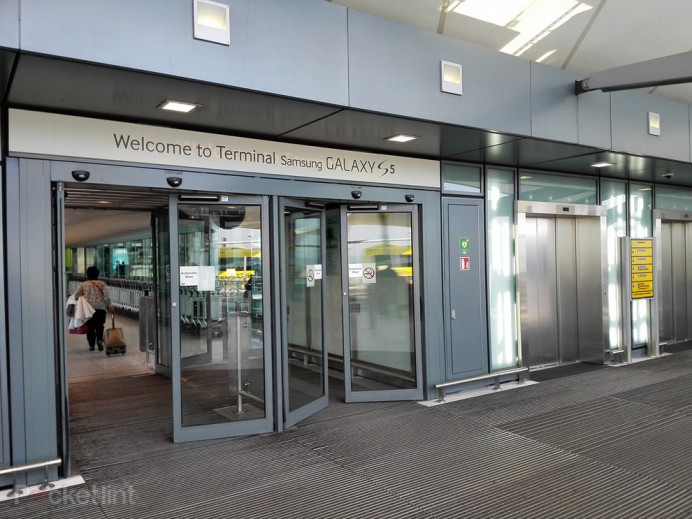 Earlier this year when Samsung introduced its latest flagship device, the Galaxy S5, the Korean brand was criticized for not putting up a good marketing campaign to create a buzz for the smartphone. But since then, it seems the company has gone into an overdrive mode to try out all the possible ways to advertise its flagship products. So much so that it has started to face the ire of people and even some government agencies. The White House is even considering taking legal action against the company allegedly paying baseball star David Ortiz to take a selfie with Barack Obama. And now as a part of the marketing juggernaut, Samsung announced that Heathrow’s Terminal 5 will be completely rebranded for two weeks to promote the company’s flagship Galaxy S5 Android phone.

Terminal 5 is Heathrow’s busiest airport terminal and will be rebranded as the “Terminal Samsung Galaxy S5″ starting from today with all of its signage devoted to ads promoting the company’s flagship smartphone. “The partnership with Heathrow Airport and JCDecaux Airport was a one-off opportunity to push the boundaries like no other brand has been allowed to do before,” said Russell Taylor, vice president of corporate marketing at Samsung Electronics UK & Ireland. This is for the first time that Heathrow airport has allowed any company to use its property for advertising purposes on such a large scale. All the signage, wayfinding, website and every digital screen throughout the building will bear the Samsung branding. Cheil UK, an ad agency owned by Samsung, came up with the idea, according to Marketing Magazine. 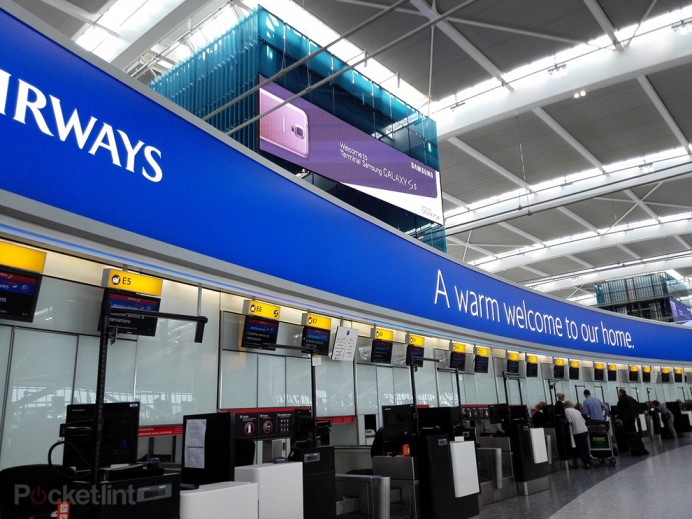 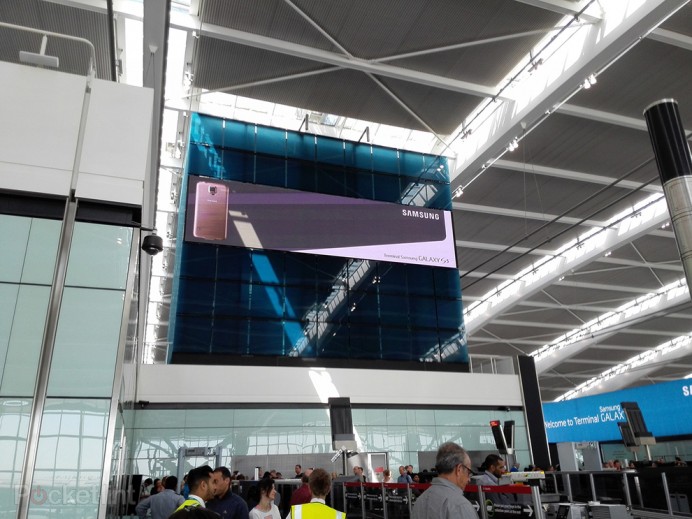