Ever wondered what it would be like to wind up in a forest packed with dinosaurs? Well, here’s a chance to get to know your pre-historic fancies up close at the Kings Island amusement park, a land forgotten by time, playing home to 60 life-sized dinosaurs, 56 of which are animatronic models. Each hand-carved and covered with skin-like material, these dinos also pack a load of cutting-edge technology. Using multiple sensors and capable of producing movement and the sounds those real pre-historic mammal would make, these animatronic dinosaurs are made to replicate nearly every feature of the dinosaurs who strolled the earth long long ago.

The closest you could get to a seemingly real dinosaur in today’s day, until some white-bearded scientist plays around with his genetic knowledge and comes up with a real life Jurassic Park, these animatronic models pack science, technology and nature. 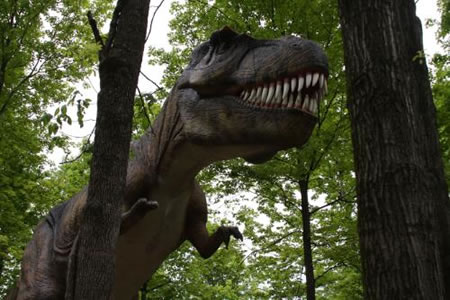