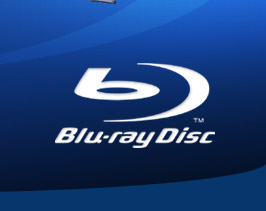 TDK Japan has developed a prototyped recordable Blu-ray disc with a stunning capacity of 200GB. This new disc boasts eight times the capacity of a single layer Blu-ray disc. TDK has used a signal processing scheme to increase the capacity per layer to 33GB. The prototyped medium has a layered structure in which the recording layers are formed from the bottom L0 layer to top L5 layer, and a 0.1 mm cover layer and a hard coat layer to protect the medium from scratches and dirt are stacked on these recording layers. As for the L0 layer, an inorganic material, i.e. a commercialized Si-Cu alloy layer is used. For the L1 to L5 layers, a novel inorganic material consisting of bismuth peroxide and germanium oxide is employed. When bismuth peroxide is irradiated with laser light, oxygen is deposited to form air bubbles when the temperature reaches 690 K. The presence or absence of these air bubbles is detected based on the difference in reflectance of the laser light.