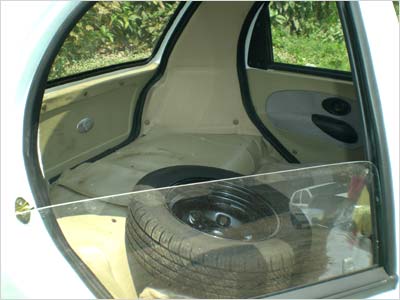 Replacing the Tata Nano ($ 2500) as the world’s cheapest car is the Tara Tiny, it costs only 99,000 Indian Rupees ($ 2450) and runs on Electricity. Developed by a less known company Tara International the Tiny can seat 2 and Titu can seat 4 respectively. Each of the cars can be recharged daily at 220 volts through 15 amp sockets, a 8 hour charge enables the cars to travel 80 – 100 kilometers. The company has teamed up with China’s Aucma a leading player in the electrical vehicles and appliances segment, to manufacture these cars. The electric cars have 35 moving parts and its gasoline counterparts have more than 2500 moving parts. Fewer parts means easy and cheaper servicing. Electric cars also do not require any oil, filters and coolant. The only disadvantage is the max speed of 50 km/hr (31 mph), however it is more than enough for city driving.

The Tara Tiny is a left hand model and is currently exported slated for export in the USA. The company has also received an order of 100 Tara series cars from a London-based company. 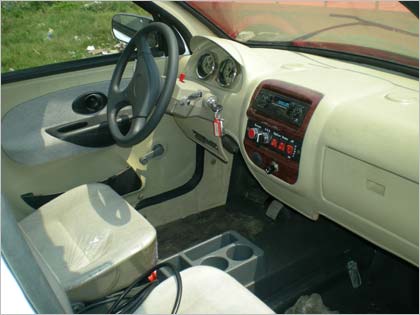