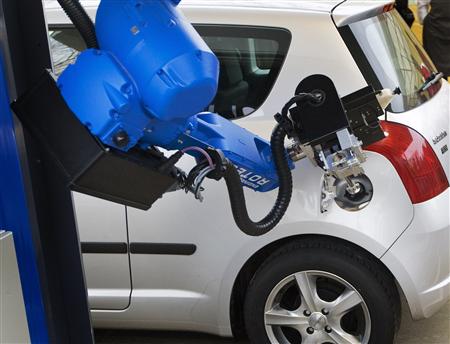 Those were the good old days when a handy attendant filled in the gas in your car, while you simply drummed your fingers on the wheel wondering why is the bugger so tardy! The tardy fellow was replaced with self-help but now you can expect efficient robots doing the job for you. Dutch inventors have developed Tankpitstop robot that works by registering the car on arrival at the filling station and matching it to a database of fuel cap designs and fuel types. A robotic arm fitted with multiple sensors extends from a regular gas pump, carefully opens the car’s flap, unscrews the cap, picks up the fuel nozzle and directs it towards the tank opening, much as a human arm would, and as efficiently. Nico van Staveren, one of the developers and petrol station operator said, “I was on a farm and I saw a robotic arm milking a cow. If a robot can do that then why can’t it fill a car tank, I thought. Drivers needn’t get dirty hands or smell of petrol again.”

The Tankpitstop Robot costs 75,000 Euro ($111,100) works for any car whose tank can be opened without a key, and whose contours and dimensions have been recorded to avoid scratching. 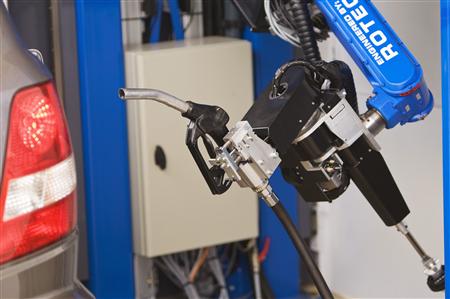 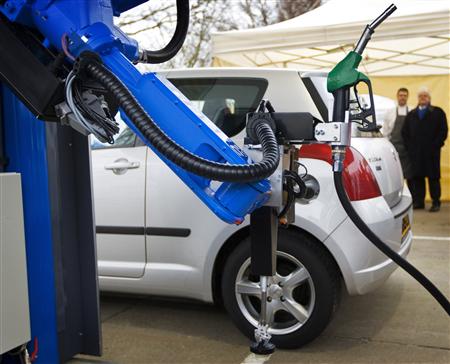 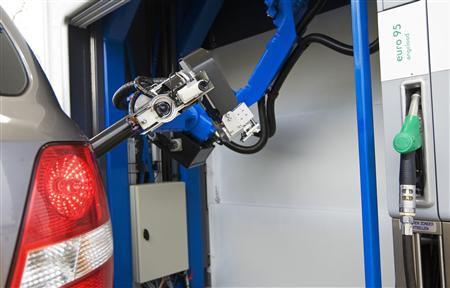 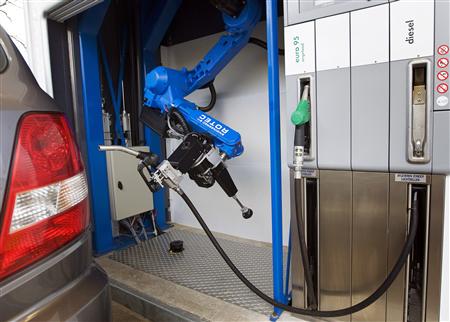