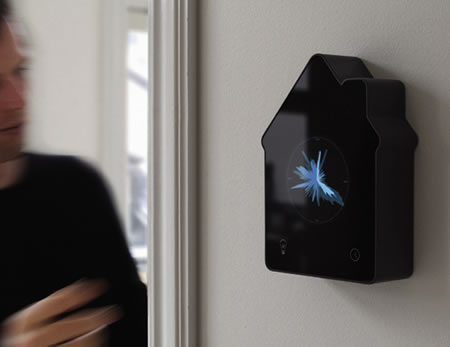 Swedish clock displays time as well as your energy usage

We seen quite a few gadgets that display energy usage at your home. But most of them are in numbers which dont make sense immediately. But wouldn’t it be nice if it was displayed in some visual way so that it would actually keep your energy usage down. The Energy Aware Clock is designed by Swedish designers Loove Broms, Karin Ehrnberger, Sara Ilstedt, Erika Lundell and Jin Moen. That is a lot of brains for a clock-cum-energy usage displayer. The basic design of the clock will let you know how much energy is being used by simply visualizing that consumption on the clock’s face and that too automatically in real time. Numbers always don’t show how much electricity is being wasted but with this clock it will show you with a pattern. The larger it becomes, the more electricity you are using. The EA Clock is currently on display at the Visual Voltage exhibition at Design Vlaanderen in Brussels. The clock tells the time by using the energy usage graphic.