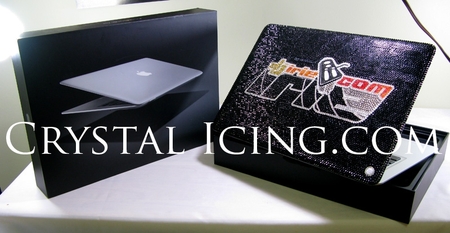 Plastic surgery at its best for gadgets too! The so-called thinnest lappie has just got pimped. Crystal Icing has just released images of Macbook Air notebooks that are caked with real Swarovski crystals.

Thousands of crystals must have ruined its anorexic figure! But it doesn’t matter as long as its real Swarovski.
Via – Luxurylaunches