The latest addition to a Susi chain of restaurants, Yo! Sushi, at their Soho eatery in London, is flying fish, not of the edible variety. The company has employed a couple of rather unorthodox ‘food service engineers’ to deliver meals quickly and efficiently while providing some form of entertainment to their customers. Yo! Sushi now delivers your food toute suite via qudracopter servers called iTrays (like that name was a surprise). Have your food literally flown in to your table even if you’re seated 50 yards away from the kitchen. iTrays, with their lightweight carbon fibre bodies and four rotors are controlled via an iPad and can travel up to 25 MPh to get you your meals on the double. Food is placed on the service try and the four rotors lift off and fly in to your table.

Check out the video after the jump.

Dominoes pizza is also working with qudracopters to deliver their pies via remote control to waiting customers. No more tips for the pizza guys anymore. But at Yo! Sushi, that old joke about fish being flown in from wherever just took on a whole new meaning. 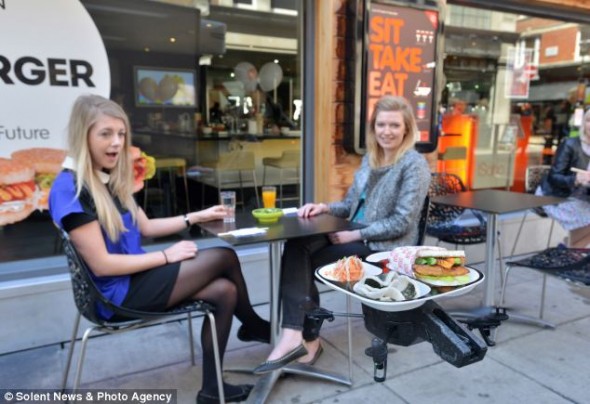 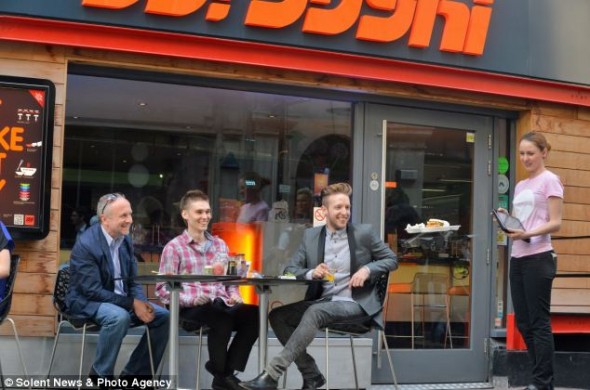 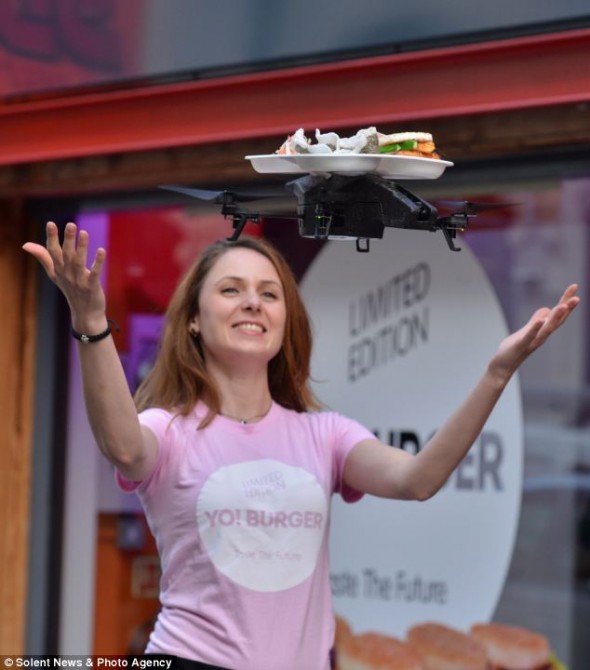