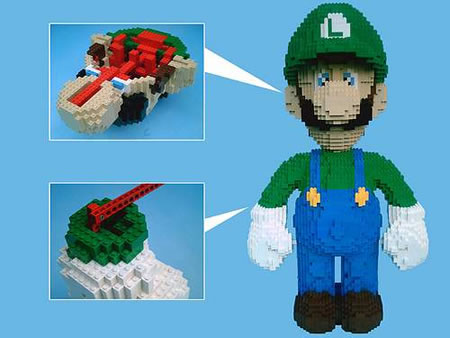 Most of us love the hero and forget the sidekick as if he were just another background score in the entire episode. The same applies to the golden boy of gaming, Super Mario. His brother Luigi is so less heard of, in spite of his superior plumbing skills. So someone finally decided to take his work into consideration and build a statuette in his honor. Strangely though, there’s no marble or clay in this statue but lots of Lego bricks that depict his blue and green plumber attire. It is 77 cm tall and looks like it’s had quite some hours of labor put into its making.

The Super Plumber Luigi Lego statuette bring tears to my eyes as I realize the importance of assistants, secretaries and oh yes, sidekicks. They’re everywhere, from game consoles to office desks (talking about secretaries). It’s a pity that I don’t have the time and patience to erect Lego sculptures to each of them. 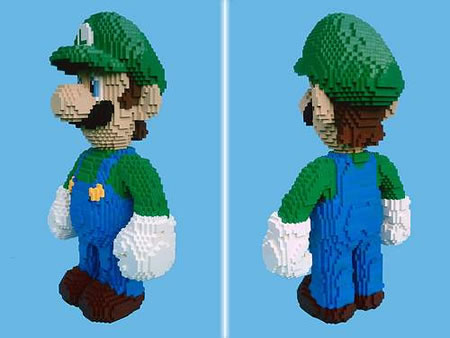