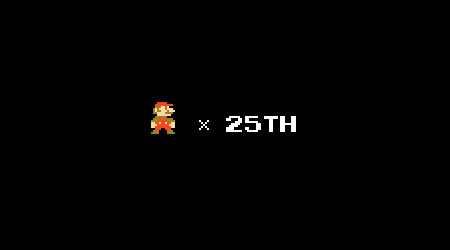 I’m happier than ever with the mere fact that Super Mario is the same age as me. And just when you were cooking up a rather lame-ass excuse for a good evening with the guys, you just get a perfectly awesome excuse. Super Mario Bros was released on September 13th 1985. I remember calling my plumber Mr. Mario. I wonder what did to match up to the title, especially with the whole Peach thing.

Pixilated, suspender-draped and incredibly brave, these are the attributes that set the mane of the golden ages of gaming apart.
[Kotaku]