Star Wars and Super Mario bros the combination could not be better. On display at Gallery1988 in Los Angeles are three such paintings by ‘Misha’. The one above named ‘Empire’ is my favorite of the lot and it sells for $1400. Damn you recession. Check the others after the jump along with a video. 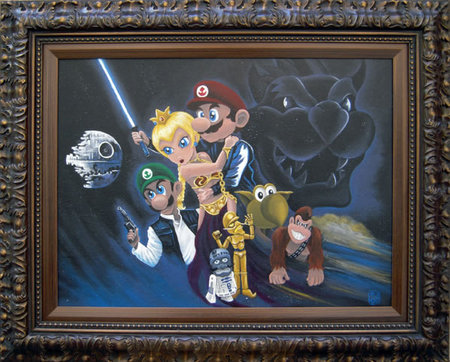 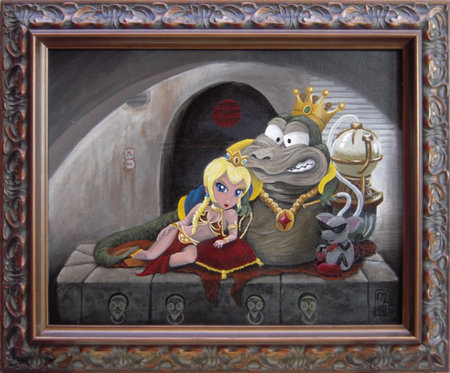 Slave girl peach – 11 x 14 inches sells for $750.
Interested then get in touch with [email protected] before these masterpieces sell out.