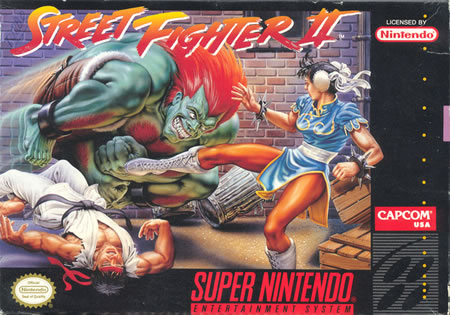 Despite its violence and gore I strongly regard Mortal Kombat as the best fighting game ever built. Minus the blood, splatter, bones and you have got Street Fighter II a game which made an appearance sometime in March 91. Along with Mario this game played a major role in ringing SNES sales. Jackie Chan in City hunter (video after the jump) playing Chun Li is perhaps one of the most horrendous memories of this game.
Of course, all of this is nice, but the important consideration here is that the damn game is 20 years old. For those of us who burned away our allowances on the game, one quarter at a time, in the days before you could play the game on a home console, it’s a little humbling to realize just how long Street Fighter II has been around — and just what impact it’s had on the medium. This one game salvaged the fading arcade industry for a decade, created a genre that continues to thrive, and gave us some of the most iconic and memorable characters, sights, and sounds ever built into a game. No small feat for such a regressive step backward, eh?