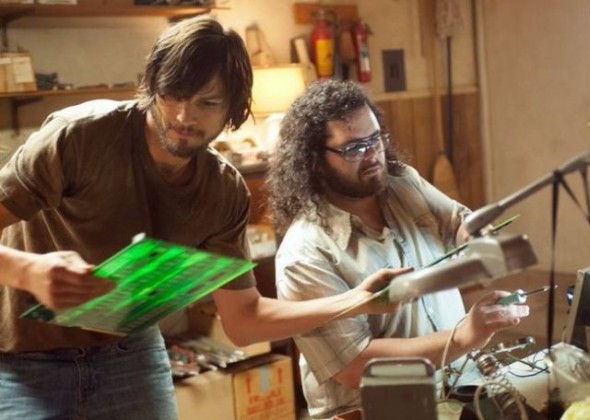 The world does miss its favorite CEO, the late Steve Jobs. Which is probably why, the most of us are anxiously awaiting a peek at the upcoming film based on him titled “Jobs”. Recently, USA Today unveiled a few stills from the movie that have left us asking for more. Starring actor Ashton Kutcher who will don the role of the Apple co-founder, the film will also include Josh Gad stepping into co-founder Steve Wozniak’s shoes.


While the stills don’t reveal much except give us a peek at what Ashton and Josh will look like in the film, we do expect to see a little more in the upcoming weeks. That apart, the film has been scheduled to hit cinema screens in April while a premier will play on the 26th of January at the Sundance Film Festival.