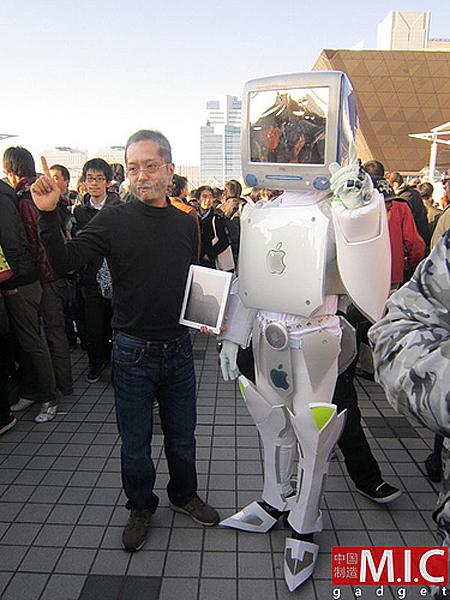 Paying true tribute to the world of Apple and its late emperor Steve Jobs, a duo showed up at the Tokyo Big Sight convention center in Japan with costumes bound to make any Apple fan smile wide. Revelers at an outdoor costume party at Comiket, hailed as the world’s biggest fan-authored comics event, the duo were dressed up as the late Steve Jobs himself and a walking Macbot, seemingly made from old iMac parts. While the faux Steve Jobs struck all the poses and expressions of the technology-guru himself, the Macbot tagged along, wooing the crowd with his/her/its awesomeness.