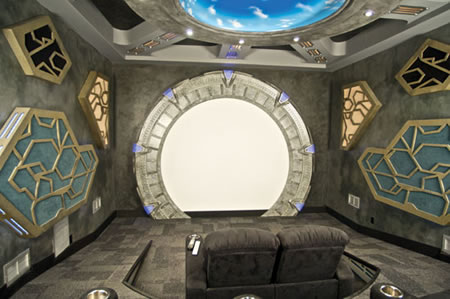 If you feel that there isn’t any point in living your dream if it costs anything more than $1000, then this one’s not for you. One managed to splurge quite a fortune on a Jacob Yarmuth totally didn’t think twice before designing this amazing home theatre system totally themed around the Stargate Atlantis TV series. It boasts a couple of Sony megachangers that can accommodate 800 DVDs, a 10 foot diagonal circuit screen (that shows a 96 inch diagonal image), Atlantic’s THX series speakers (7 channel surround sound), a couple of Polk Audio IW155 in-wall subwoofers and a JVC RS-1 D-ILA light amplifier for HD imagery.

There are scores of other features like a motion sensor that triggers the air pocket doors to open, a medium density fiberboard build, THX speakers packing the rear of the screen, faux finished walls, etc. The total build came to about $70,000. 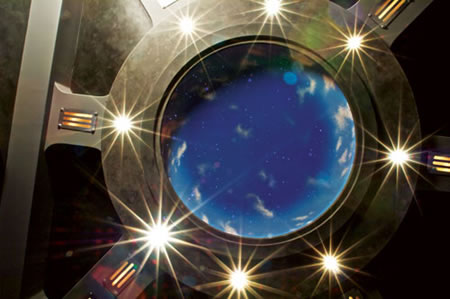 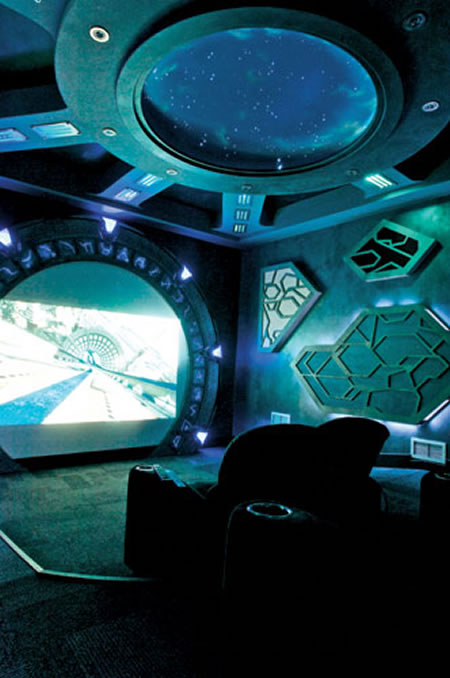