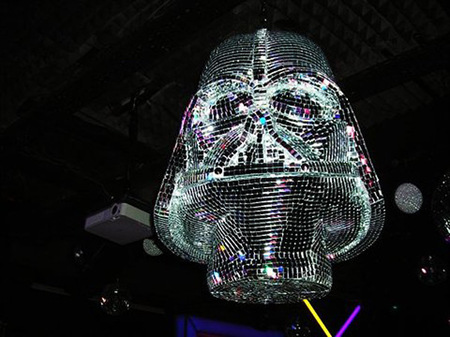 Sometimes I think Star Wars fans go a little overboard when trying to be ‘creative’. It also seems like one of the most beloved characters in the saga ironically tuns out to be that insatiably evil Sith lord, Darth Vader. There are more oddball items centered around him in all shapes and forms more than any other Star Wars character in history. The latest is a disco ball in the shape of his helmet. It’s weird, but I’d dance under it.
[Technabob]