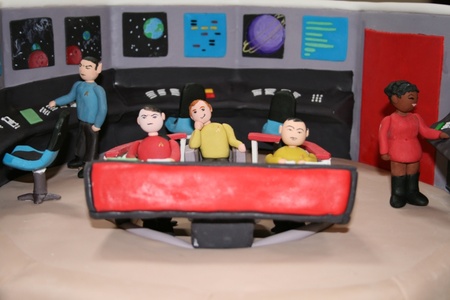 Duff Goldman runs a bakery in Baltimore and is a Star Trek fan he is so good at his job that the Food Network airs a reality show called “The Ace of Cakes” focussed on his bakery. The show often features custom specialty cakes and here is sneak peak of a special Star Trek cake that will be featured in an upcoming episode. After looking closely I noticed that Scotty and Uhura are not in the right spots.
(More images and video after the jump)