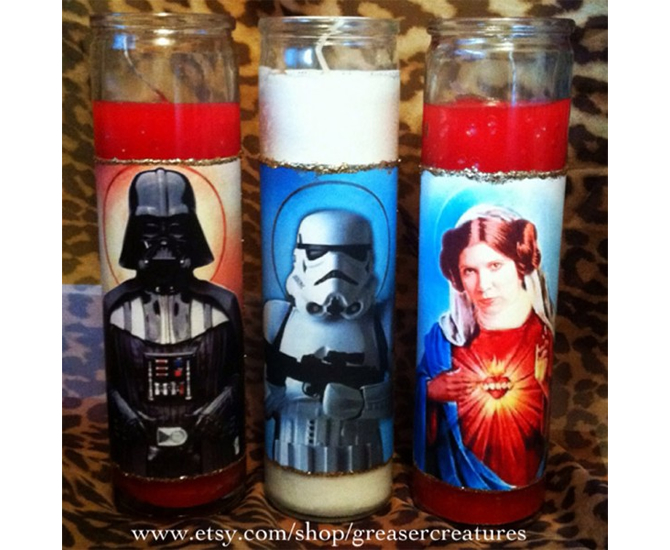 If soccer could be a religion then why not Star Wars? It’s got quite a large base of ardent followers who cannot get over the awesomeness of inter-galactic miracles coming their way. So, why not settle for some prayer-gear like, say, the Star Wars Prayer Candles. You also have denominations and demigods to choose from. There’s the (Christian-wise blashphemous) Holy Church of Leia and the Sanctity of the Sith Lords to choose from. It’s up to you to choose anyway as investing in the candles will land you three pieces that pay tribute to Darth Vader, a Stormtrooper and Princess Leia. This reminds of the Game of Thrones Seven Gods, namely The Stranger, the Warrior and the Mother. Oh boy, too much religion in geekdom these days, I tell you.


The candles are made available from Etsy seller Greaser Creatures for just $19.