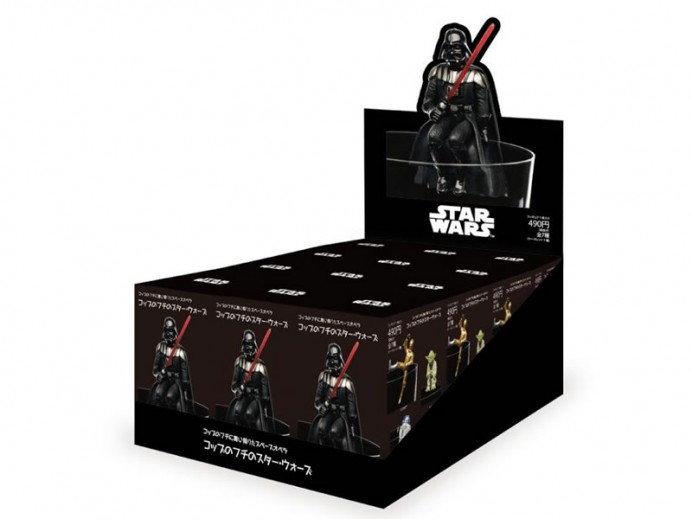 When it comes to strange and fascinating things, designed to have a use that can sometimes seem rather odd, the Japanese are at the top of the list of the people who will create them. Exhibit A – Koppu no Fuchiko figures which translates to “Girl at the edge/brim of the cup”, an offbeat “art form” that features a female character that can be positioned to “sit” around the brim of your cup, drinking glass, beater, etc. Other countries could call them “Cup-clingers”, not that that term makes them more enticing. I’m not entirely sure why someone would really need this, but when you add Star Wars characters to the mix, it becomes more of a “want” as opposed to a “need”.

Kitan Club, a company that specializes in making these little figures or “drinking buddies for the lonely” have just released a series of Star Wars characters that include – Darth Vader, Yoda, a Stormtrooper, Boba Fett, C-3PO and even R2-D2. These 6, detailed figures are designed to sit, grab hold of, or appear to be climbing over the edge of the rim of a glass drinking. These Cup-clingers, the set of 7 – the 6 mentioned + one surprise character, will make their debut in New York’s Village Vanguard bar this month and then move along on to internet ecommerce sites and other locales. 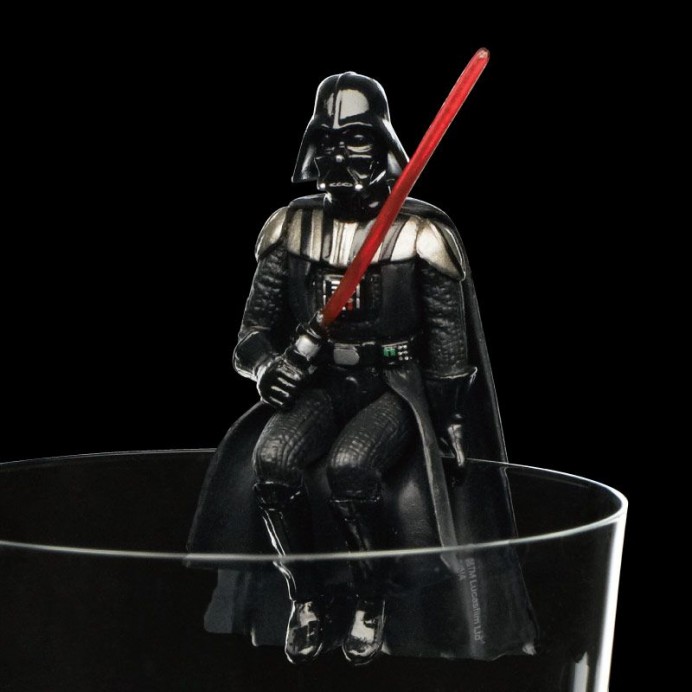 Each of the figures costs about $4.50 (590 Yen); the boxes are however, quite confusing, as the packaging is the same for all and seemingly printed only in Japanese. So you’ll never actually know which one you’ve got till you’ve cracked the seal, so to speak. There’s no information on what the surprise edition will be, but I wouldn’t mind having a Leia in her slave, gold bikini climbing out of my glass. 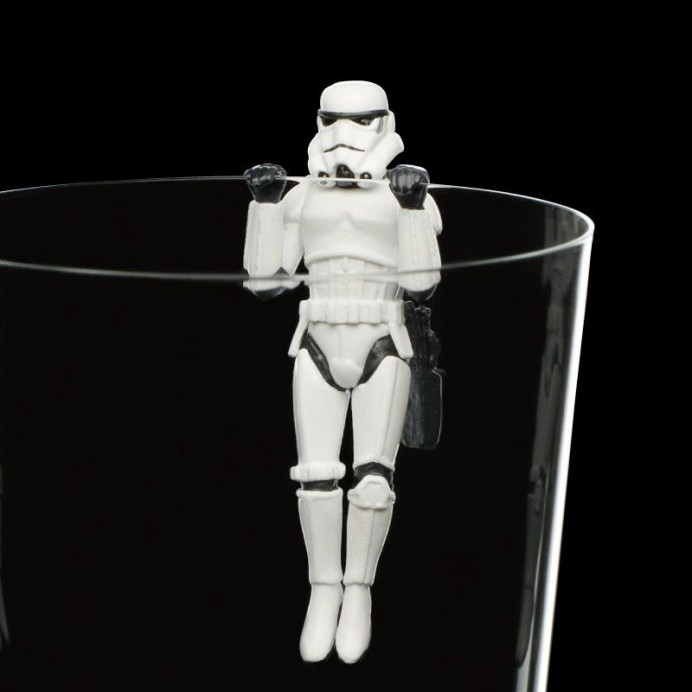 Vader’s pose keeps making me wonder if deep down he’s sitting there at the edge of a glass pondering “The froth is strong with this one” or for that matter is Yoda quietly trying to tell me “Drink. Or do not. There is no try.” Either ways, it’s a novelty and one that serves no real purposes other than to make us Star Wars fans spend a little more money, but for that price, I’m making my way over to the bar for a drink right now and not coming back empty handed. 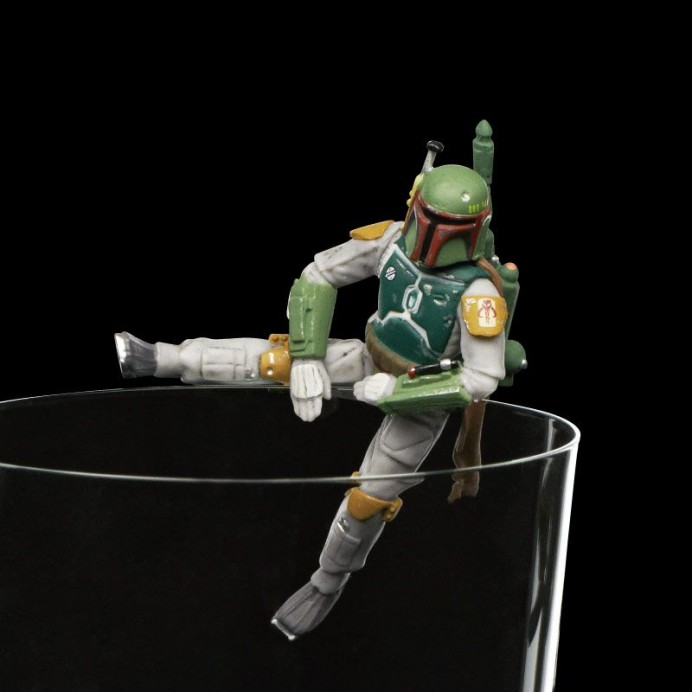 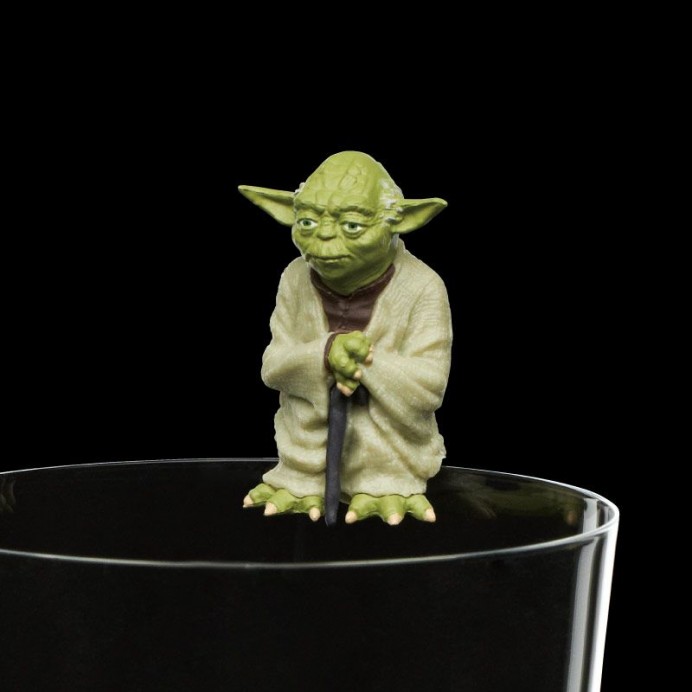 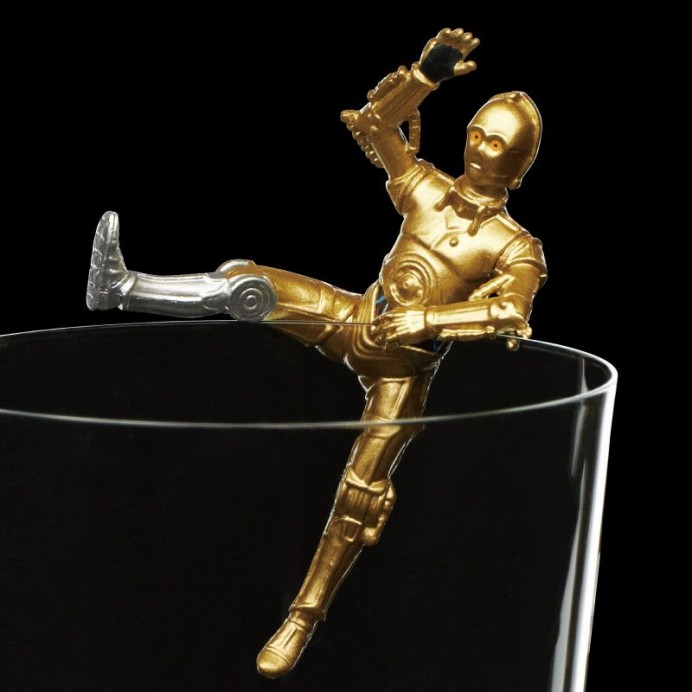 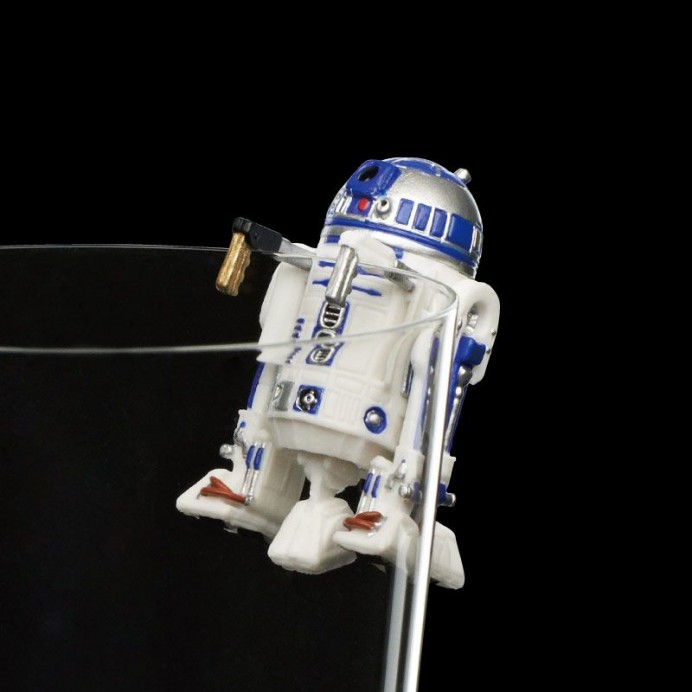