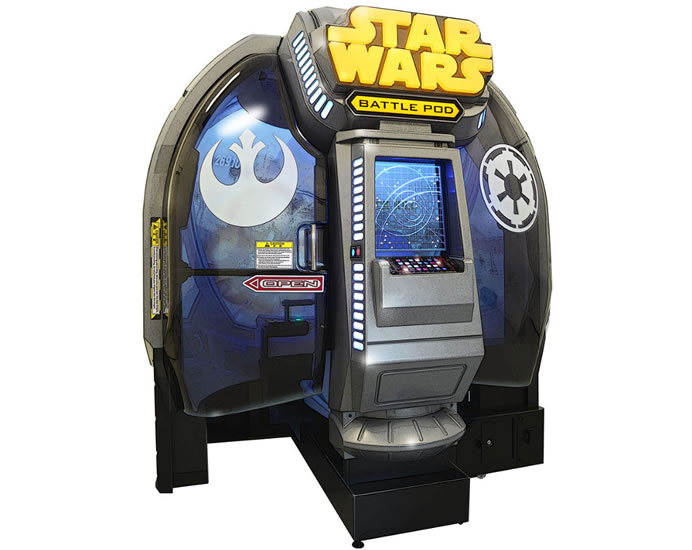 Warm and homecoming as any arcade game in 2014 may seem, when you add a dash of Star Wars flavor to it, things only multiply in epicness. Take the raging hype behind the Star Wars Battle Pod arcade game for instance. This wonderful American hobby will find itself in participating arcades across the US. What’s the fuss about? It so comes to pass that the game comprises of five stages of the fiercest battle scenes from the original Star Wars trilogy. That’s not all. Being a pod, users are also treaded to a 4D experience where they experience the wonders of piloting ships through space and taking direct impacts from inter-galactic firing. So if your fantasy of manning an X-wings, snowspeeders, speederbikes, the Millennium Falcon or the TIE Advanced were to come true, I reckon this would be the only way.

The expected release date for the Star Wars Battle Pod arcade games seems to be dated around January 2015. It’s surely bring retro back and how.