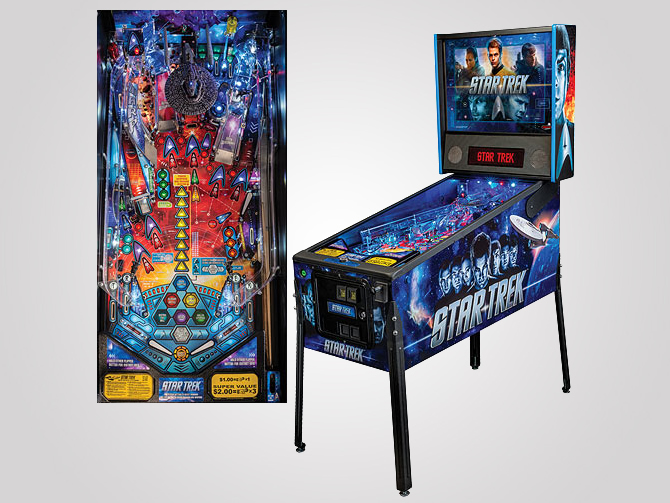 High definition video games and 64-bit gaming consoles might have conquered the world but old school arcade games can never lose their flavor, at least for people like us who were born in the 80’s or before. Have spare $5,300 and a spot in the house to be filled by something really kickass? Get yourself a Star Trek Pinball machine and suffice the inner hankering to do something geeky. What makes it even more special is that it’s only the fourth pinball table to come with the franchise’s official livery and is making a return after almost 20 years and also Stern’s first all LED illuminated pinball game with all requisite lights and sounds, phaser flashes and photon torpedoes.


Acclaimed pinball designer Steve Ritchie has designed the layout who incidentally was also the designer of the last Star Trek table in 1993. The pinball machine features 6 missions for casual players and 18 more complex treks to keep the enthusiasts hooked to the game. All the excitement of J.J. Abrahams’ Star Trek and Star Trek Into Darkness is packed into this pinball machine giving the player a chance to destroy USS Vengeance. It is available for pre-order on Entertainment Earth and the deliveries will start from February 2014 onwards.