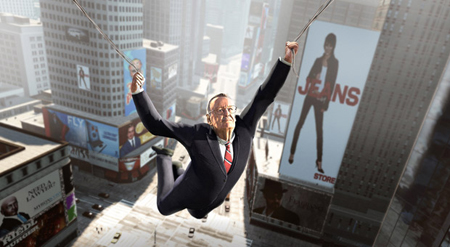 Stan Lee’s character to show up on pre-ordered “The Amazing Spider-Man” game!

Comic book legend Stan Lee’s fans are in for a treat. Those choosing to pre-order the The Amazing Spider-Man game will now be able to play the game as Stan Lee himself, in place of Spidey. To be made available on Xbox 360 and PlayStation 3, the upcoming Spider-Man game also comes with a “Rhino Challenge” timed mission requiring you to smash and trash as much of New York City as you can and is available on GameStop. As for Stan Lee’s character, the American comic book writer, editor, actor, producer, publisher and television personality has voiced it himself while the mission requires you to collect pages of a script!