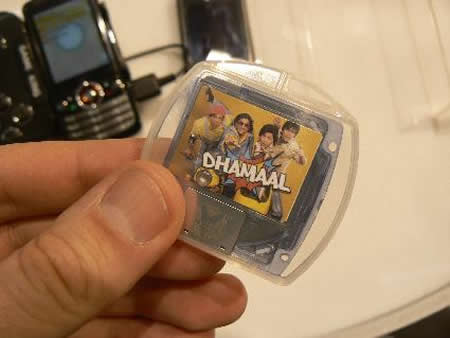 The thing going for the Movie Phone by Indian handset manufacturer Spice is that it features a built-in optical disc drive for playing movies. The discs are a proprietary format, but they use blue laser technology, and the compression uses the H.264 standard. The phone sports a 2.8” screen and the headphone jack can also be used as a TV-Out port for hooking onto a big screen. The movie disks are to be loaded onto a tray at the back of the phone. Apparently you can fit a two-and-a-half hour film onto one of the discs but since Bollywood movies are a bit longer than that, if you tweak the compression a bit more then maybe you can fit in more. 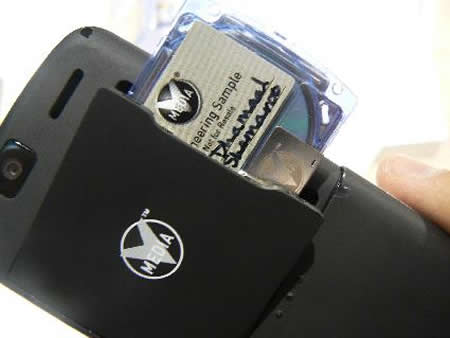 Almost 40 titles will be available initially and most of them are Bollywood movies. Spice says that they are readying 1,000 more through deals with studios. The films will be sold in mini DVD-like cases for the equivalent of $5. There is nothing announced regarding distribution outside India and South East Asia yet. The phone will be released in India June.
Source