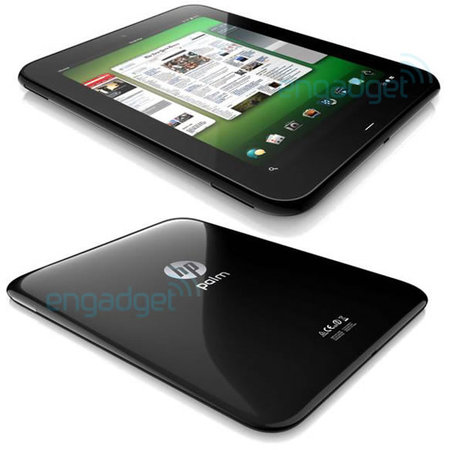 We all know that HP/Palm is going to hold their press event next month where they would be spilling the beans on their next WebOS offering. But the time seems to be bit too long to resist any leaks/rumor that is thrown our way. An image of their upcoming tablet has been leaked, more specifically of models which go by the name Topaz and Opal.

As seen from the images, Topaz webOS tablet will feature a 9-inch display whereas a 7-inch display has been billed for the Opal sibling. Both of these will be the no-button design, a front-facing camera and micro USB port on the bottom. The speaker layout suggests that it will facilitate stereo audio output in both orientations. The glossy finish to its rear makes it look like the original Palm Pre which also means that you might not be able to use Touchstone to charge the tablet wirelessly.
The larger sibling i.e. Topaz will be released in September this year and Opal will probably hit the gates in July next year. Let see if HP/Palm’s announcement would reconfirm these leaks and rumors.
[Engadget]