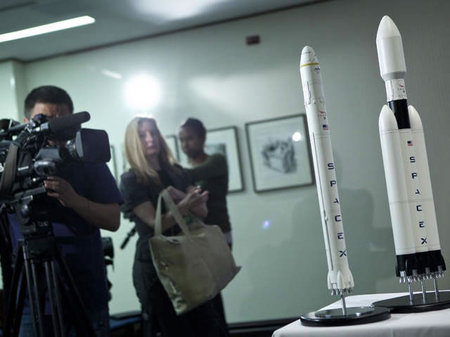 SpaceX Dragon will dock with ISS on November 30

SpaceX has finally announced that it will be making a test flight of its Dragon space capsule to the International Space Station in late November this year. This flight is part of the mission which was commenced to prove that privately-developed space transportation system can effectively relay cargo to and from the International Space Station. With NASA scaling back operation, the gates for private sector have been opened and more participation will be seen in future missions. The company says that arrival of the vessel on ISS will mark the beginning of a new era in space travel.

This sort of public-private-partnership will bring in benefits like increased reliability, safety and frequency of space travel, while greatly reducing the costs. If the test flight proves successful, SpaceX will be the first private company to dock with ISS. The capsule can carry up to seven astronauts and sits on top of the Falcon 9 rocket. Its hinged nose opens up once it is released outside of Earth’s atmosphere to reveal a Common Berthing Mechanism used for ISS docking.
[GoogleNews]