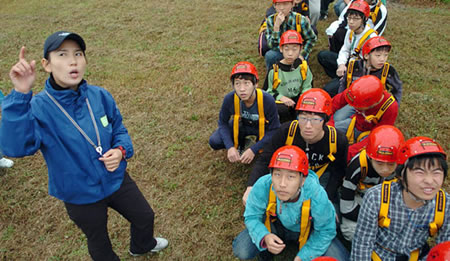 I’ve heard of alcohol, cigarette and even sex addiction but an increasingly disturbing trend is growing towards Internet addiction. The first ones (whom I know of) to come out in the open about is the South Koreans who have opened up a boot camp to rehabilitate youths who are addicted to the cyberspace. The Jump Up Internet Rescue School, the first camp of its kind in South Korea has opened its doors to addicts in a bid to get them back to normal, Internet-free life. Compulsive Internet use has been identified as a mental health issue in other countries and is a way of life in South Korea. The country boasts of cheap, high-speed broadband services. In the past few years’ incidents of people dropping dead from exhaustion after playing online games for days on end have increased. A growing number of students have skipped school to stay online, and up to 30 percent of South Koreans under 18, or about 2.4 million people, are at risk of Internet addiction. The rescue camp is held in a forested area about an hour south of Seoul. The camp is entirely paid for by the government, making it tuition-free. During a session, participants live at the camp, where they are denied computer use and allowed only one hour of cellphone calls a day, that to prevent them from playing online games via the phone. They also follow a rigorous regimen of physical exercise and group activities, like horseback riding, aimed at building emotional connections to the real world and weakening those with the virtual one.

Like most regimental camps, this one too saw participants breaking rule. They were sneaking away to go online, even during a 10-minute break before lunch. Now, the campers are under constant surveillance, including while asleep, and are kept busy with chores, like washing their clothes and cleaning their rooms.
Source