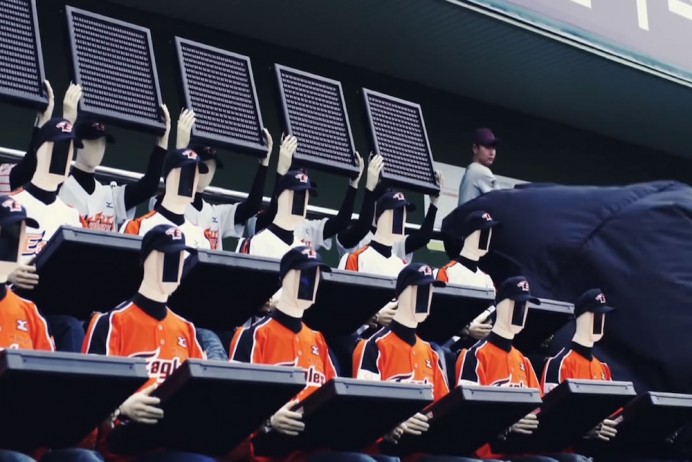 Robots have replaced humans in performing all sorts of difficult, dangerous and repetitive tasks that the humans can’t do or prefer not to do. But the South Korean Baseball Team Hanwha Eagles is using Robots for a different reason altogether! Hawnha Eagles have been on a losing spree and have lost about 400 matches in the last few years. Infact, they have just won one series in the last 20 years! Because of this they are now called Hawnha Chickens and their fans are called Bodhisattvas for their enormous patience. The constant losses by the team have resulted in a vast reduction of their ever loyal fan base who are not interested in coming to the stadium to watch the game anymore. So, the Hawnha Eagles have decided to cheer themselves up using Fanbots. The Fanbots can bring in some zing in the stadium atmosphere by cheering, chanting and making Mexican Waves. The fans can even upload the picture of themselves on to the faces to be virtually present there. The Fanbots will hold LED placard which will display the messages sent by the fans from the internet.

Novel and interesting effort by the team to uplift their spirits and get their lost mojo back, but we think that robots are good only for mechanical work, and can never take the place of the magical and goose bumpy atmosphere created by actual humans in a stadium. So what is your opinion, Fanbots Yay of Fanbots Nay?