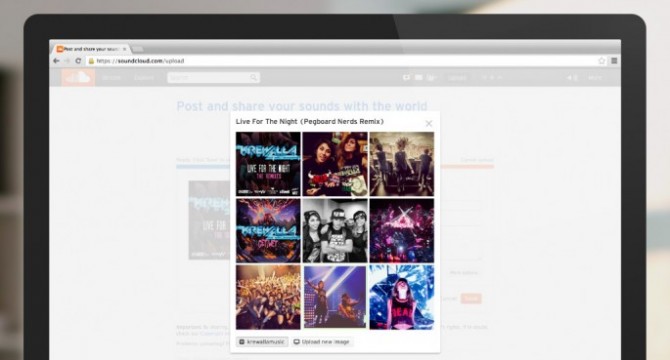 Instagram pictures can now be used as Soundcloud album art

Album art is generally considered as the first impression a music-lover has of an artist, given the fact that this is the first thing a person sees on a disk. Keeping this in mind, Soundcloud and Instagram recently collaborated to come up with an interesting concept that literally allows users to use their Instagram pictures as album art! Using a blog post to make the announcement, Soundcloud emphasized the square format of images, noting the fact that these work best when used as record and CD sleeves. “We’re the largest audio platform and they’re the largest photo platform. It’s cool to tie them together,” SoundCloud CEO Alex Ljung told TechCrunch in a recent interview.


This swanky new feature is practical and useful, giving artists a means to display visuals with their music in an easier and more smartphone-friendly format. Currently, the service reaches 250 million people per month, about a quarter of YouTube’s one billion visitors per month viewership. This might seem a not-so-significant figure when compared to YouTubes’s numbers but let’s face it; Soundcloud’s popularity is indeed skyrocketing off-late. This official integration of Soundcloud and Instagram will bring out the creativity of unrecognized artists around the world and is a much-needed move!